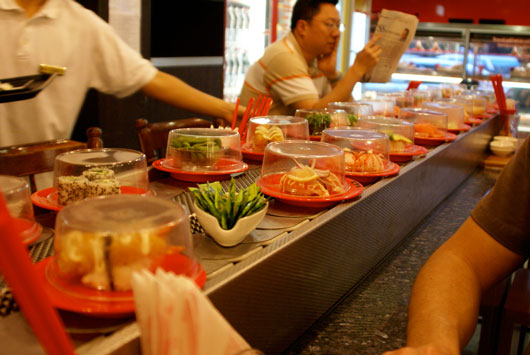 The concept has revolutionised the Japanese food culture, with thousands of conveyor belt sushi restaurants operating around the world.

Some might argue that the kaitenzushi is not of the highest quality, which is probably true… but it allows the consumers to have sushi at much cheaper price, and that’s probably why these restaurants are so popular. Most of the people who visit these places are aware of the flaw anyway.

Btw, the kaitenzushi also has a cute name in Japan… the kuru kuru sushi (くるくる寿司, literally sushi-go-around). The Australians are more direct with the name though, by simply calling it the train sushi.