Korean pop group After School are enrolling yet another new member into the group, making it an eight-member team. The new member is introduced as Lizzy and will take part in their new song Bang which is to be released in late March. 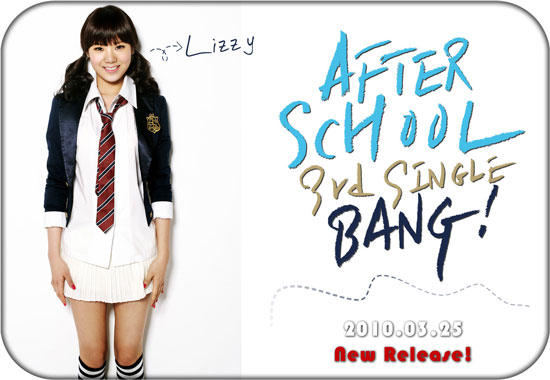 Lizzy is the fourth new member of the group since their debut in January 2009.