A Japanese anime based on popular girl group AKB48 will be produced and aired in 2012. The anime will feature nine characters, which will be chosen among the 48 core members and other 100+ members of affiliated groups and trainees. 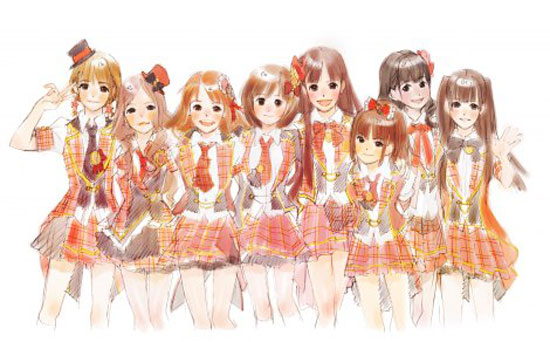 Image via Oricon [Jp]. A voice-casting audition is currently being held, but it’s probably just a show instead of a real audition. At the end of the day it’s very likely that the most popular AKB48 members are picked instead of those with the best voices.