Japanese pop group AKB48’s latest single, Beginner, has sold over a million copies since its release in late October – a feat which was last achieved in Japan by tenor Akikawa Masafumi’s Sen no Kaze ni Natte in 2007. 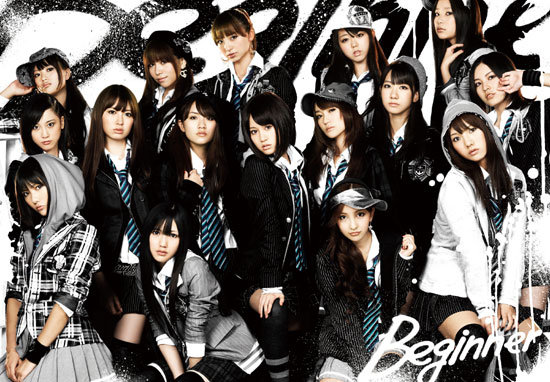 Beginner has broken a few other records, including the highest ever first day sales (~ 570,000 copies) since it’s documented by Oricon. Its first week sales of ~827,000 copies is the best since Hikaru Utada’s Addicted To You in 1999. And it’s currently the 9th all time best selling Japanese single.

Below is the dance version MV of Beginner, with a bit of behind-the-scene clips…

Just an ok song imo. AKB48 are in a roll regardless, breaking their own records one after another. The girls are also busy expanding internationally in recent months, including a concert in Singapore on Friday night in conjunction with the AFA.