Japanese pop group AKB48 are featured in a special pullout in BLT Magazine [Jp] with a FIFA World Cup theme. The blue T & white pants are the iconic uniform for the Japanese national football team which is one of the four Asian reps in South Africa. 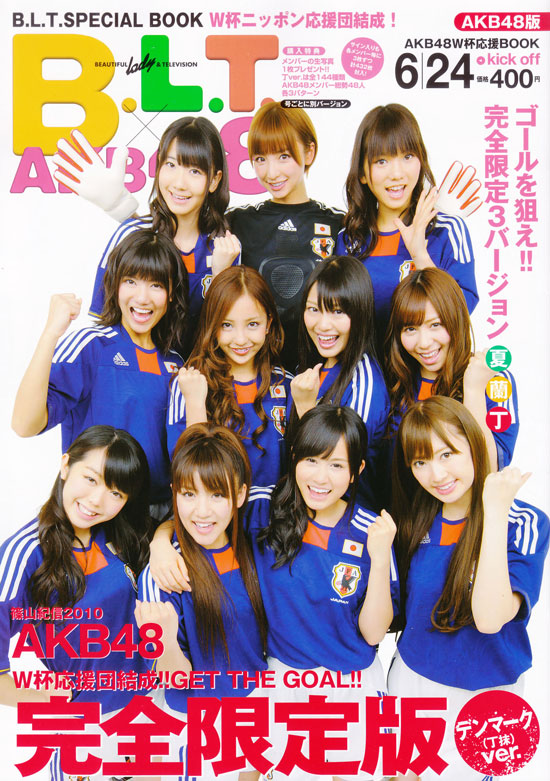 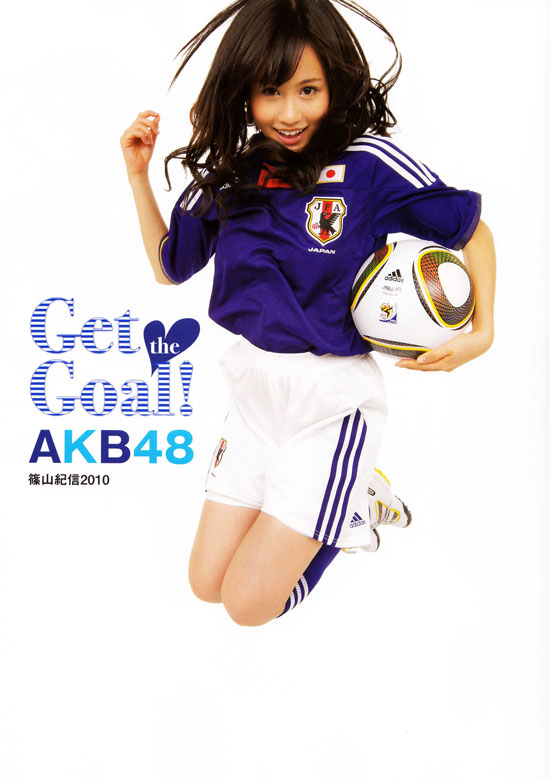 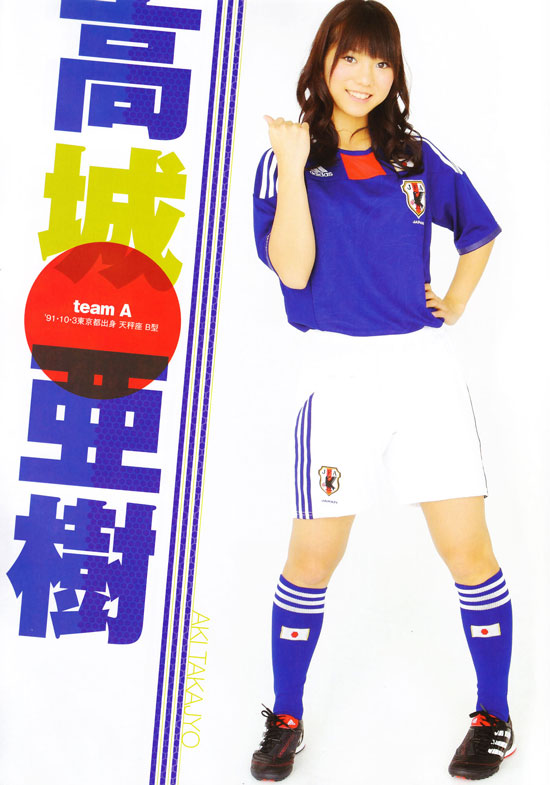 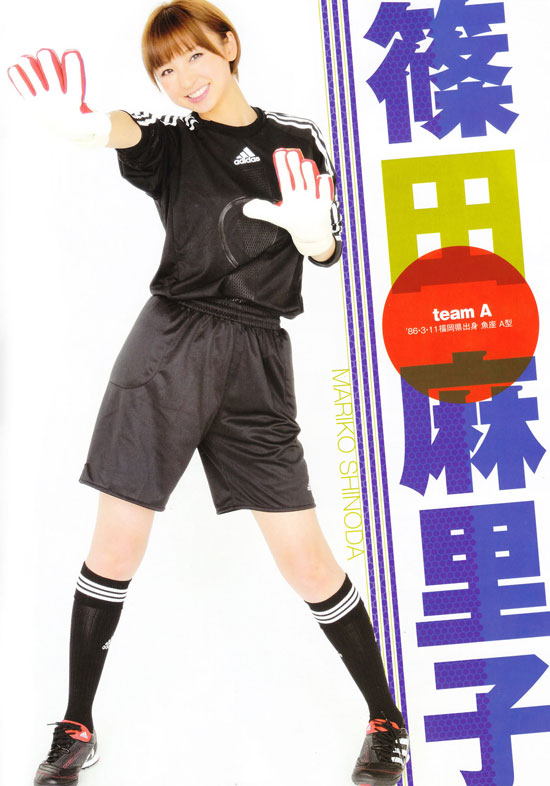 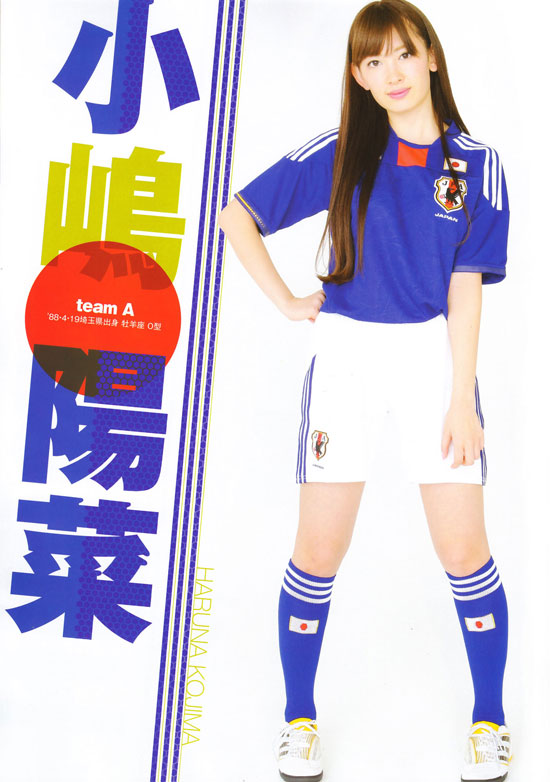 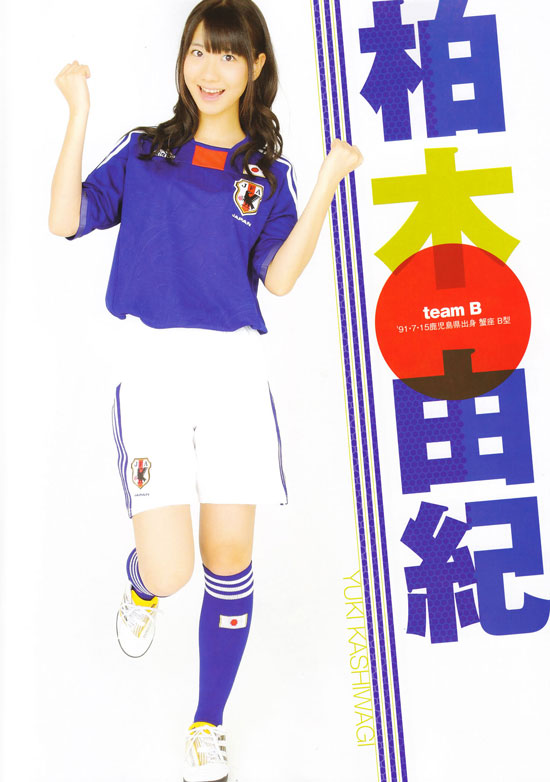 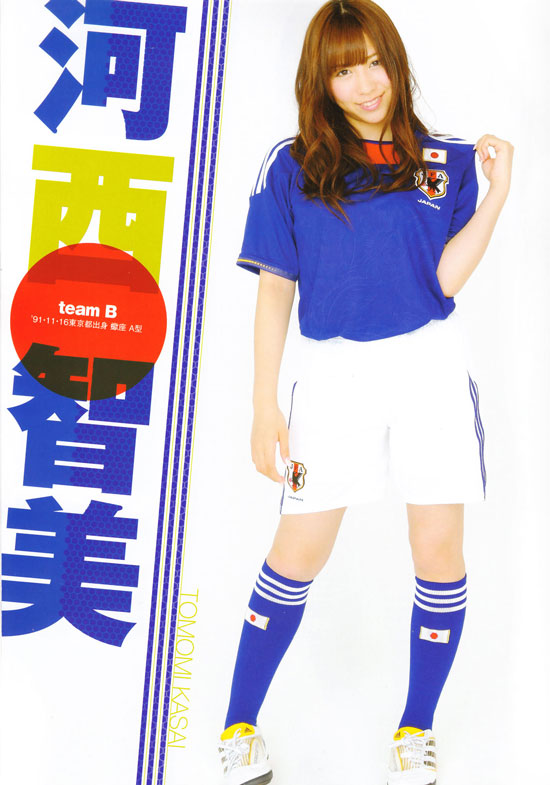 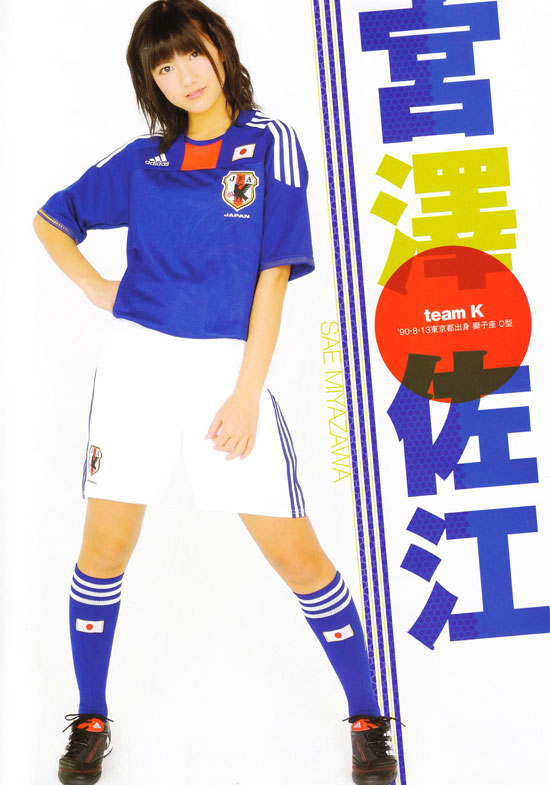 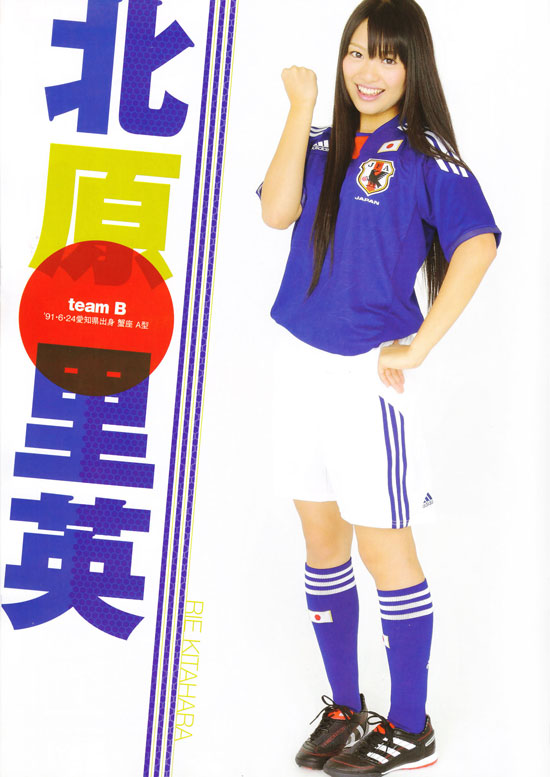 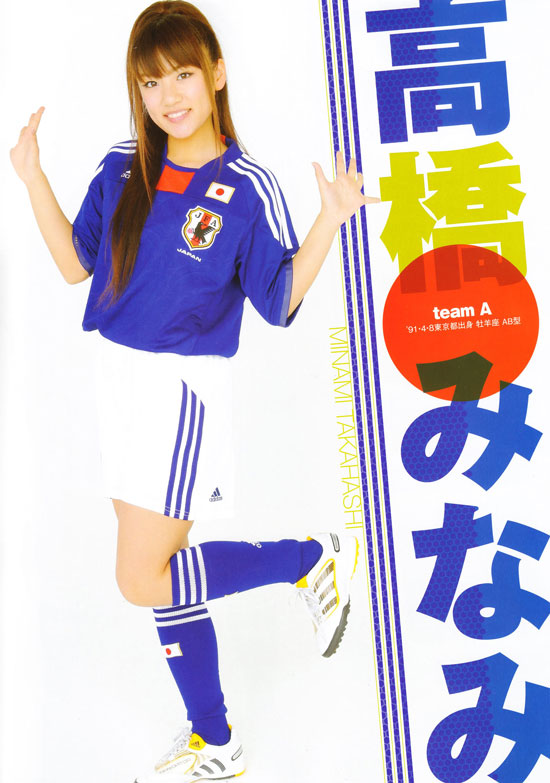 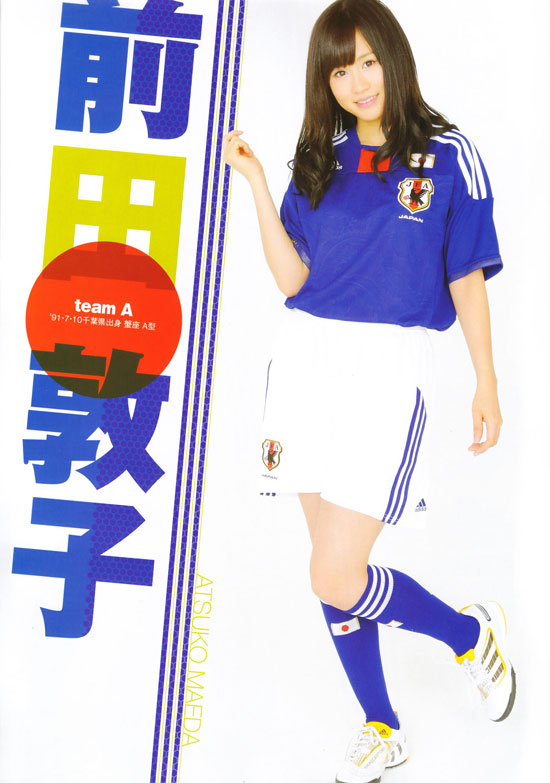