Actress Angelababy wishing everyone a Happy Chinese New Year. 2014 is the year of the Wooden Horse according to Chinese astrology. And red is the de facto colour for Chinese New Year and also other celebratory events in Chinese culture. Photos via Sohu [Cn]. 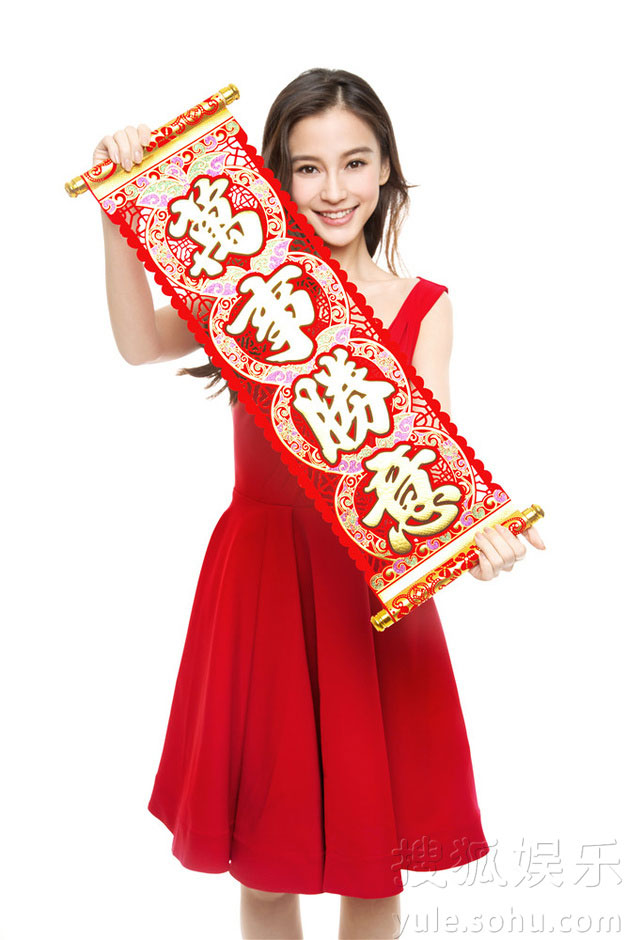 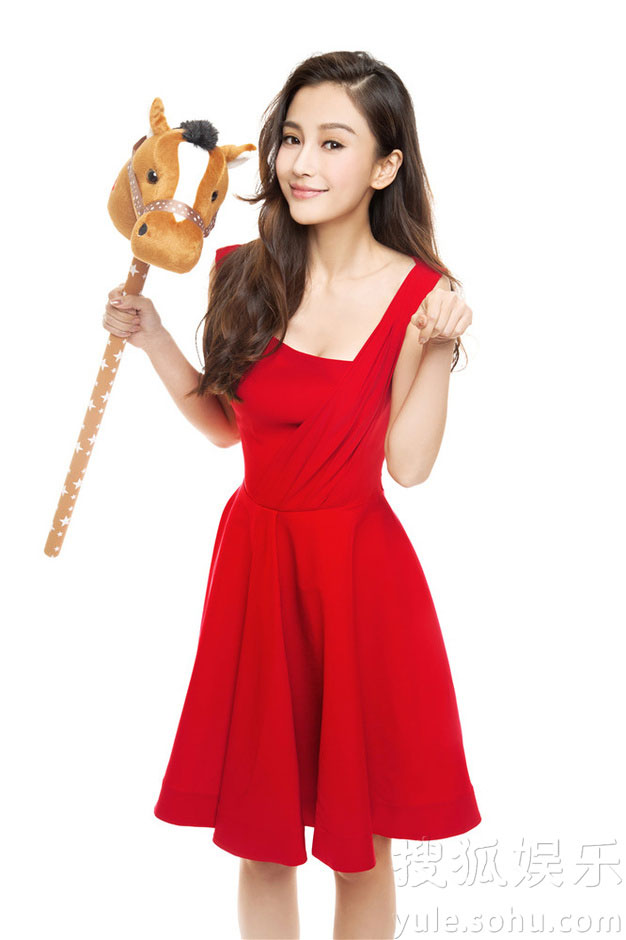 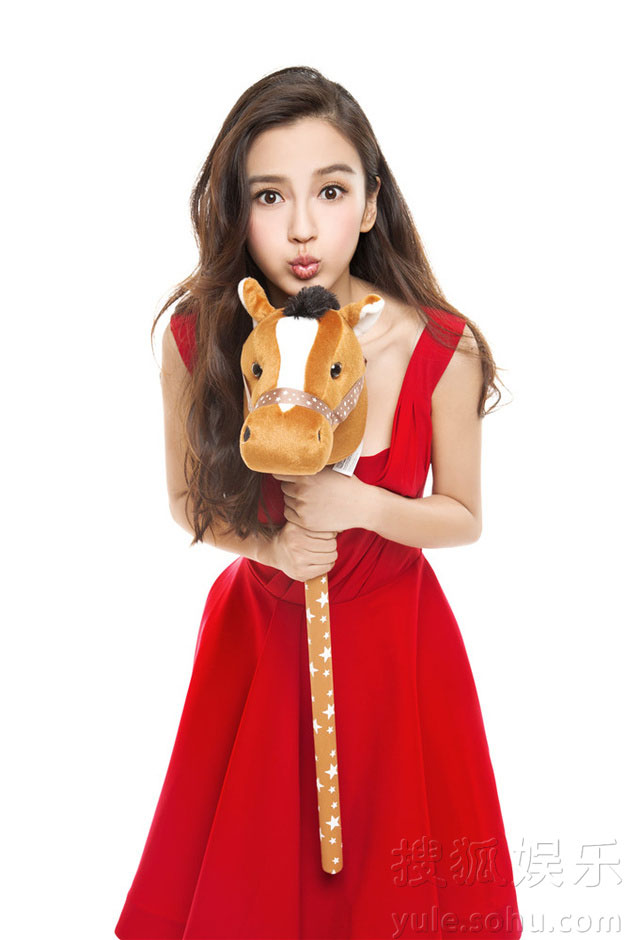 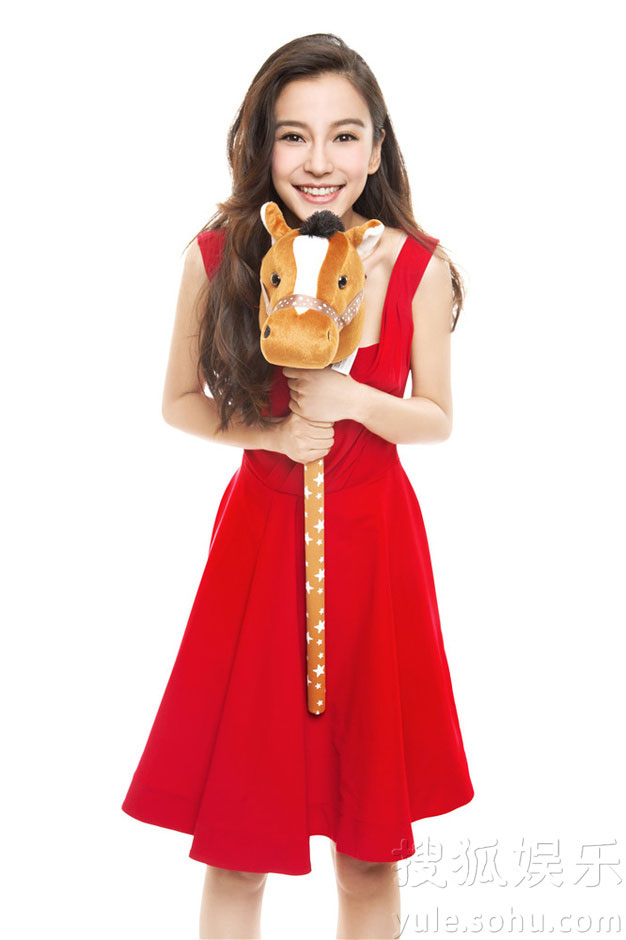 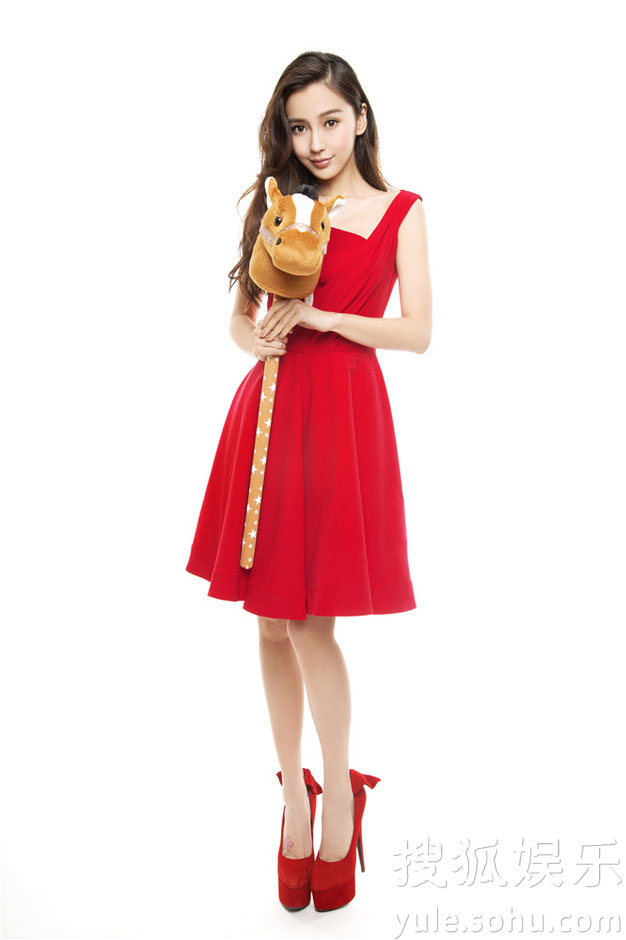 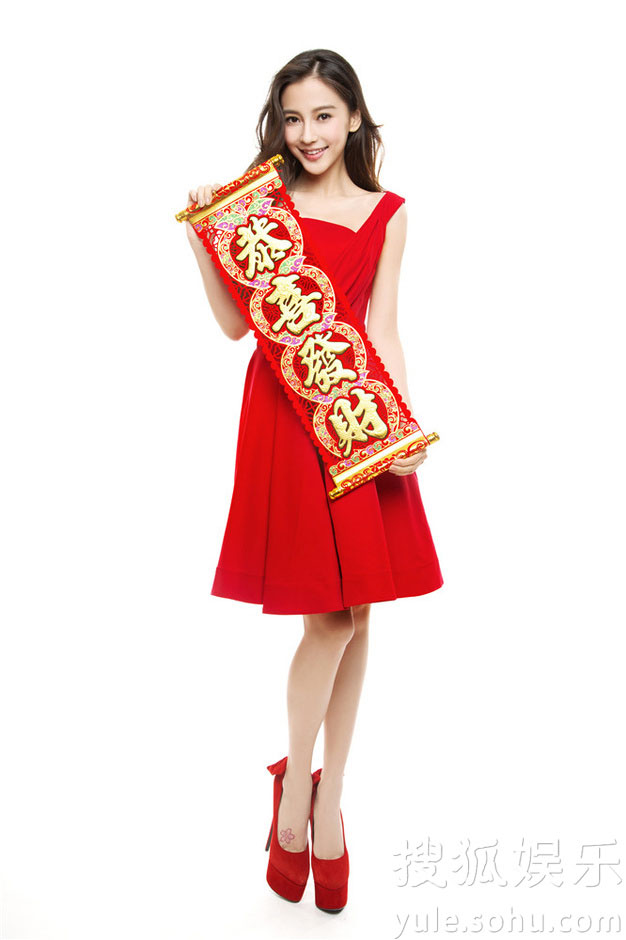 2014 is going to be another busy year for the rising star. She’s going to start filming Temporary Family, a Hong Kong comedy movie, alongside Nick Cheung and Sammi Cheng after the festive holiday.

She will also star in kung-fu action film Rise of the Legend which is already in post-production.