American actress Anne Hathaway in September issue of Marie Claire UK, with photos by Mark Abrahams. I don’t always find her pretty to be honest, there’s hit and miss. She looks great in this one though. 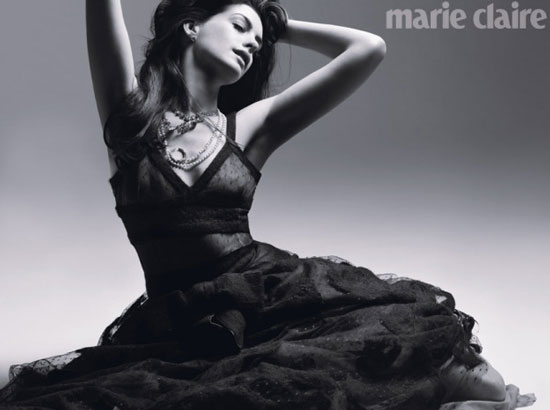 Hathaway lent her voice in animated movie Rio (as Jewel) earlier this year; it was a box office hit. She’s also starring in romantic drama film One Day which will be in theatres later this month.