A 107-year-old Malaysian woman is looking to marry again for the 23rd time, and her current husband is 70 years her junior. Also in Malaysia, French ‘Spiderman’ Alain Robert has finally conquered the Petronas Towers.

Internet celebrates 40th anniversary; ever wonder what would happen if you printed the online stuff? And check out a cool website of 3D China maps.

China is celebrating its 60th anniversary on October 1, with star-studded film Founding of Republic as part of the mega celebratory event.

Malaysian singer Gary Chaw and HKG counterpart Justin Lo are not in celebration mood though; the duo were caught in a street fight with the whole process taped by paparazzi. Also a not-so-good-news for Korean idol Jay Park, who quits pop group 2PM following some old controversial remarks which was exposed recently. 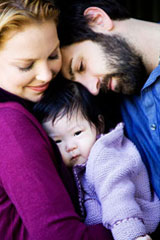 Last but not least… online friend Quachee has produced a comedic cooking web-series, the BIG Bibik & Little Nyonyas. Give it a look.

This will be the final year of my 30's. Time flies, and it seems to fade faster as one gets older. This post is a bit of recap of my adult life and some future … END_OF_DOCUMENT_TOKEN_TO_BE_REPLACED

Trailer for American film Top Gun: Maverick, a sequel to 1986's Top Gun. Beautiful is not the usual word to associate with action movies, but I cannot find a better … END_OF_DOCUMENT_TOKEN_TO_BE_REPLACED

Malaysia will be in lockdown from March 18 to March 31, 2020, to deal with the Covid-19 situation. Officially it's a Movement Control Order (MCO) but it's … END_OF_DOCUMENT_TOKEN_TO_BE_REPLACED

Korean pop idol Sulli, former member of girl group f(x), was found dead at her home on Monday. Authorities are investigating the cause of death, and it's presumed … END_OF_DOCUMENT_TOKEN_TO_BE_REPLACED

Singapore has imposed the circuit breaker measures to curb the spread of Covid-19 since early April. They announced an extension (until June 1) and some new rules a … END_OF_DOCUMENT_TOKEN_TO_BE_REPLACED

A cute photo series amidst the Covid-19 lockdown in Malaysia. Armed forces are present to assist the police to enforce the Movement Control Order (MCO) across the … END_OF_DOCUMENT_TOKEN_TO_BE_REPLACED