This is what I call crowded. Tens of thousands of Muslims trying to “board” a train near Dhaka after the end of Bishwa Ijtema, or World Muslim Congregation, on January 23, which was attended by millions of pilgrims from around the world. 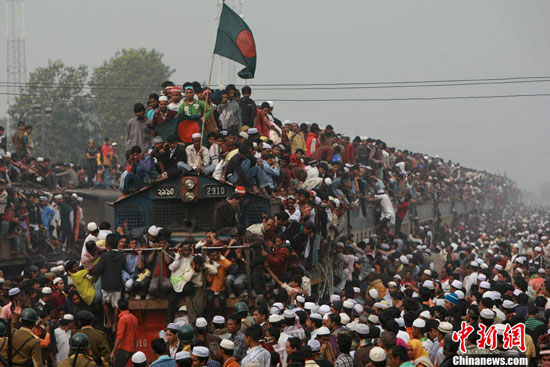 The annual gathering is held at Tongi, outskirt of Dhaka, the capital city of Bangladesh. It’s among the world’s largest religious gatherings and focuses on prayers and peace and shuns political discussion. Image via Chinanews [Cn]. 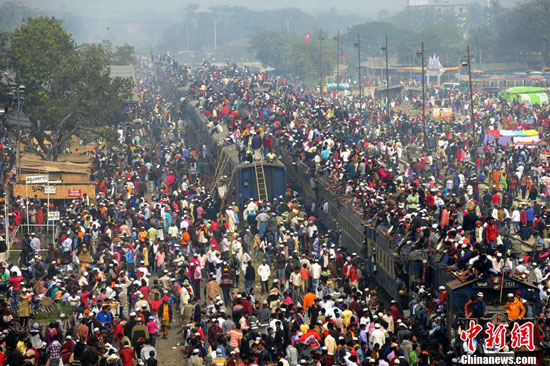 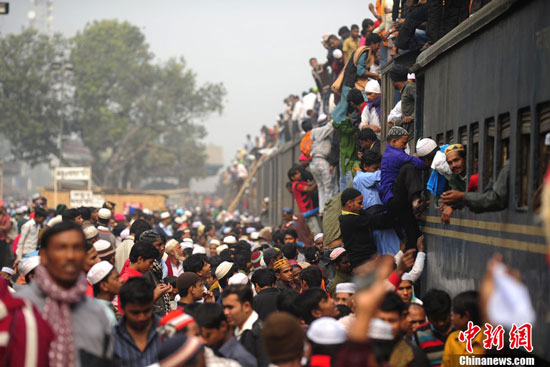 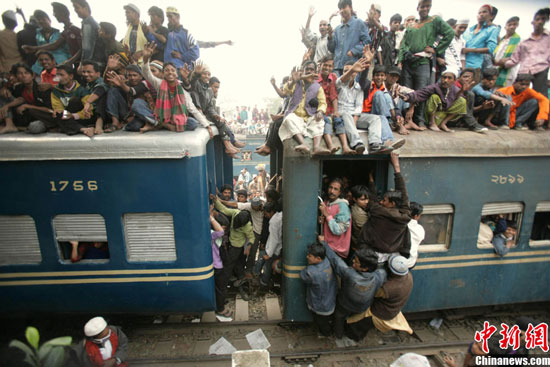 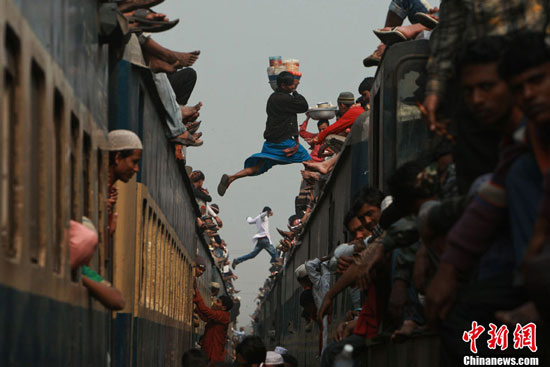