The Beijing National Stadium, popularly known as the Bird’s Nest, is the main venue for the Beijing 2008 Olympic Games. It will host the track & field events, football matches, as well as the opening and closing ceremonies of the game. 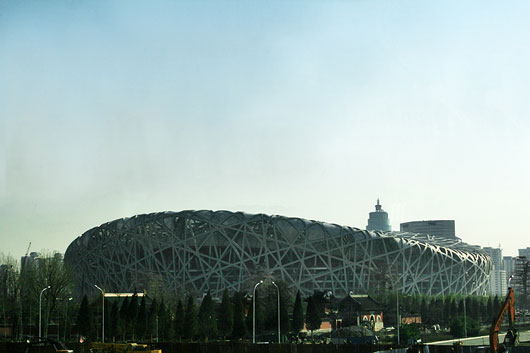 The stadium was jointly designed by Herzog & de Meuron, Arup and China Architectural Design & Research Group. The ground was broken on Christmas Eve December 2003, and construction started in March 2004. The stadium completed its construction in early 2008 and held its first official event on April 18. 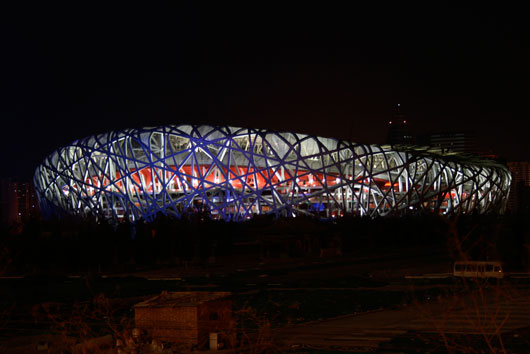 The Bird’s Nest at night (Image by Chris) 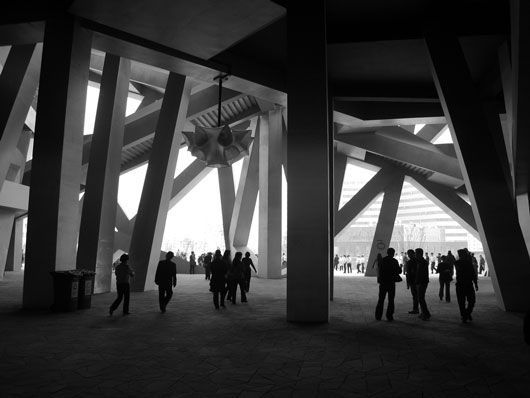 The interior of the architecture (Image by David)