Day 2 of Beijing Olympics; some random news and information…

The Chinese didn’t get the first gold medal of the 2008 Olympic Games as hoped… the honour belongs to Kateřina Emmons of Czech Republic in the women’s 10m air rifle event.

An exhibition is currently running at Grand Century Place in Hong Kong with the major Beijing Olympics venues being recreated in LEGO. 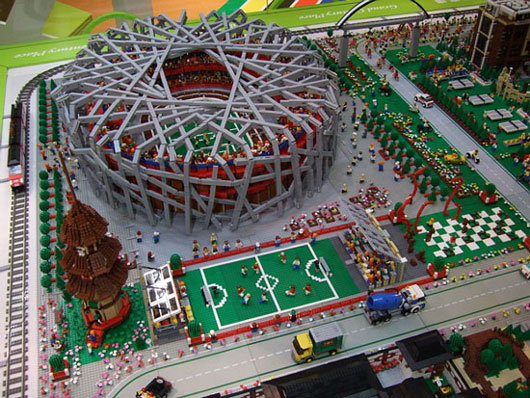 Remember the lucky number 8 I mentioned two days ago?

A family in Fergus Falls, Minnesota, is welcoming a baby girl born at 8:08am on the eighth day of August, weighing in at eight pounds, eight ounces.

Another family in Cedar Rapids, Iowa, is welcoming a baby boy born at 8:08am on the eighth day of August, weighing in at eight pounds, eight ounces.

The two families should move to China so that the babies can be treated as god :p

A restaurant in Beijing has made a Bird’s Nest lookalike bread in conjunction with the Games. Many restaurants and bakeries in China are creating some bizarre looking food to celebrate the occasion (or maybe just to lure some customers)… 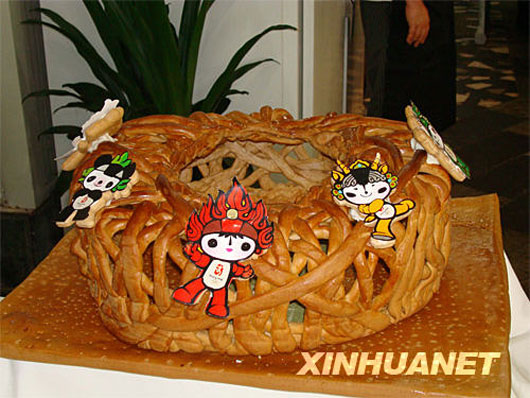 US visitor killed in Beijing

Here comes a sad news… a US tourist has been stabbed to death by a Chinese man while another was badly hurt. The pair are relatives of a US Olympic volleyball team coach.

The attack happened on Saturday at the Drum Tower, a 13th century landmark in central Beijing. The assailant then committed suicide by jumping from the tower… the motive is not known. [via BBC]

My condolences to the family and friends.