Some random news about Beijing Olympics 2008… 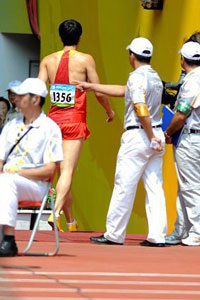 Liu’s appearance was in doubt when it was reported last weekend that he was suffering from a sore Achilles tendon, but he showed up for the qualifying heat anyway.

The 90,000 crowd at the Beijing National Stadium didn’t manage to catch Liu Xiang in real action though, as he quit after a false start (by another hurdler), limping out of the race track into the tunnel. The Chinese are generally disappointed, but showing plenty of support for the iconic athlete.

Liu Xiang was China’s best (and probably the only) hope for a gold medal at the track and field event.

Michael Phelps completed his quest for a record breaking 8 golds at a single Olympic Games. Scientist should bring him in for research to determine if he’s human at all… 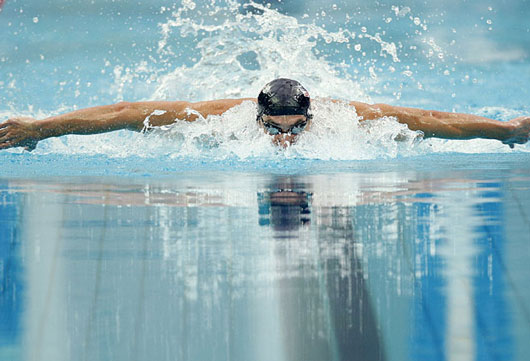 The power of twins

Caroline and Georgina Evers-Swindell from Hastings, New Zealand won the double sculls (rowing) on Saturday. They were also winners in Athens 2004. The Hastings District Council is planning to name a street after the twins. 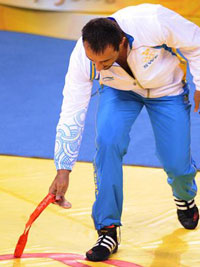 The Swedish who ditched his medal

The International Olympic Committee (IOC) has stripped off the bronze medal won by Swedish wrestler Ara Abrahamian as a punishment for violating the spirit of fair play.

Abrahamian took off his medal and left it on the mat at the awarding ceremony last Thursday, claiming that his semifinal defeat by Italian Andrea Minguzzi was unjustified and that the judges were corrupted.

The Jamaicans showed their dominance in 100m sprinting by winning the gold medals in both the men and women event.

Usain Bolt was clearly a class above the rest during his race, claiming the men’s gold with a world record breaking (9.69s) feat.

No world record from the women, but it’s a clean sweep by the Jamaicans… Shelly-Ann Fraser with the gold (10.78s) while Sherone Simpson and Kerron Stewart sharing the silver with identical time.