The Burj Dubai in UAE has become the tallest man-made structure in the world. 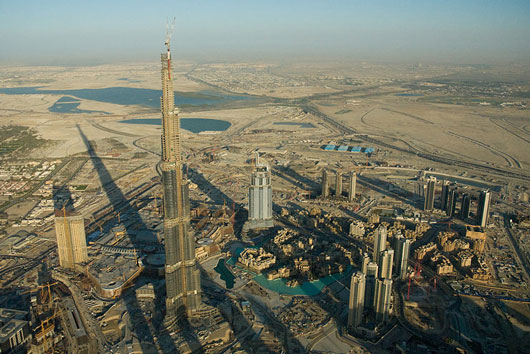 Burj Dubai as of early March 2008 [Image by Aheilner@Wikipedia]

According to developer Emaar Properties PJSC, the Burj Dubai has surpassed the height of KVLY-TV mast, a 628.8m TV transmitting mast in North Dakota, USA.

The Burj Dubai is expected to be over 700m in height upon completion. The developer is still keeping the final height as classified to avoid competition from other tallest-buildings-wannabe currently in construction.

[Update] Burj Dubai is renamed as Burj Khalifa and officially opened in Jan 2010.