The Burj Dubai – which is under construction – in the United Arab Emirates is unofficially the world’s tallest building after reaching the height of 512.1 metres on July 20, surpassing current record holder Taiwan’s Taipei 101 (509.2m). 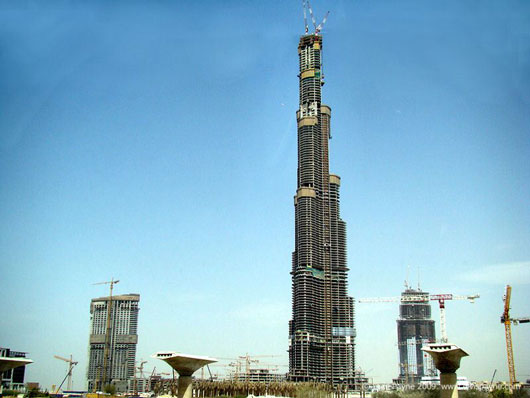 However, the Council on Tall buildings and Urban Habitat will classify Burj Dubai as a building only after it is completed, which means that Taipei 101 is still officially the world’s tallest building. The CN Tower in Toronto, Canada, remains the tallest free-standing-structure at 553m (probably not for long though).

[Update] Burj Dubai is renamed as Burj Khalifa and officially opened in Jan 2010.