The observation deck at Burj Khalifa, the world’s tallest building, has been shut down on Sunday after just a month from its grand opening. 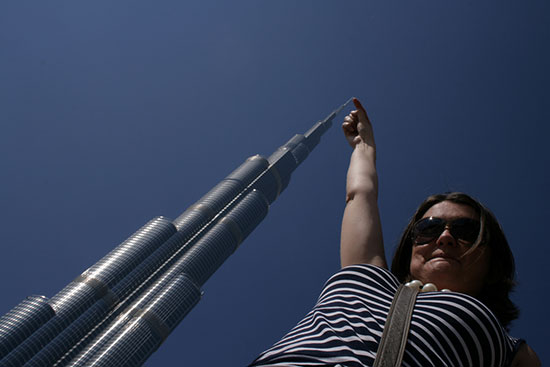 Officially… the deck has been temporarily closed due to unexpected high traffic, and that it’s needing maintenance with some power supply issues [via Reuters].

Unofficially… 15 passengers were left stranded for 45 minutes after a lift broke (probably because of the power supply problem), which sounded like a small explosion as described by a visitor [via Timesonline].

Candid photo by Shaunjones. Nice one :)