The first capsule hotel in Shanghai (probably the first in China too) has opened earlier this month, nearby the Shanghai Railway Station. 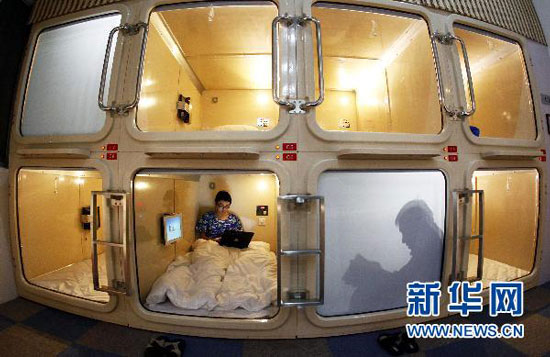 The capsule concept was invented by the Japanese to provide relatively cheap accommodation. AFAIK it’s popular for people who missed the last train or simply looking for a nap… the rates can be charged by hour(s) to fit these demands.

According to Shanghaiist, a night at the Shanghai’s Xitai Capsule Hotel, which only serves male guests, would cost just 88RMB (~13USD), and charges for shorter stay include a basic rate of 28RMB plus an additional 4RMB per hour.

Sounds like a bargain, though personally I’m not that fond of the “public” bathroom idea, even though it’s only for males. Image via Xinhuanet [Cn]. 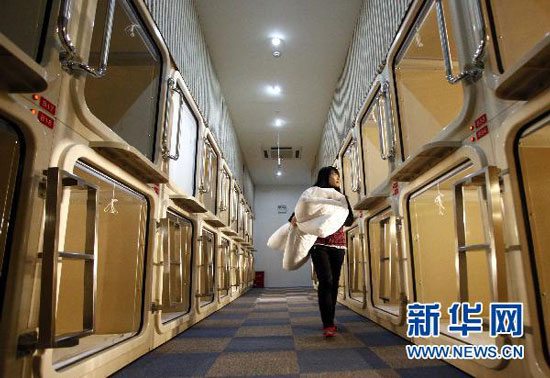 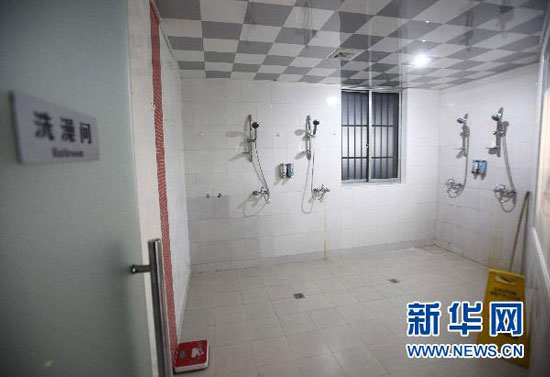 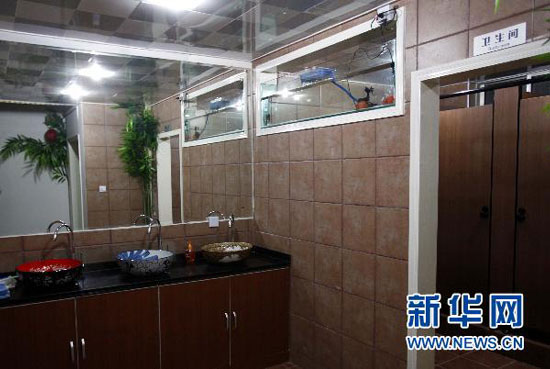