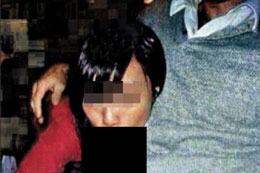 Cathay Pacific Airways may delay a global marketing campaign after photos of crew members allegedly engaging in a sexual act on flight were published.

It’s reported that the photos were taken in an airplane cockpit, with the alleged pilot and flight attendant in uniforms. Cathay Pacific couldn’t deny that, but said there’s no evidence to suggest that it happened on any flights while airborne.

The two personnel has “resigned” following the scandal, but may face charges if they are found to be endangering the safety of passengers with their act.

The Hong Kong airliner was supposed to launch the campaign in September with the tagline “meet the team who go the extra mile to make you feel special.” The timing couldn’t be much perfect.