China’s first aircraft carrier has begun its sea trial on August 10. The 300m vessel is overhauled from an old Soviet warship and will be used for “research and training.” 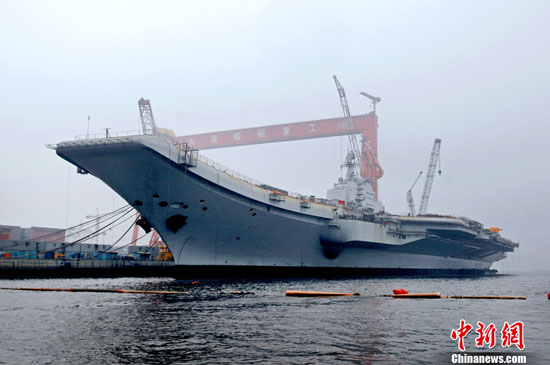 Despite the downplay of its battle ability, the aircraft carrier has raised eyebrows in the Pan Pacific region, especially with the rising tension of the territorial disputes in South China Sea in recent months. Official photos via Chinanews [Cn], when the carrier was still being overhauled in June/July at the Port of Dalian. 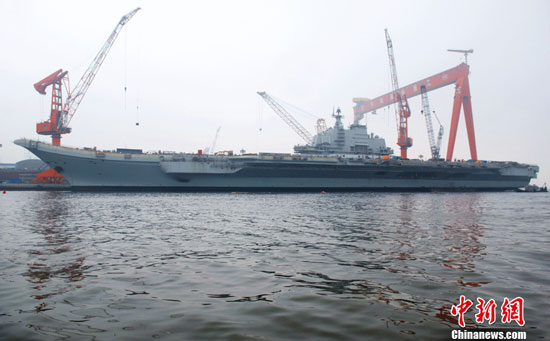 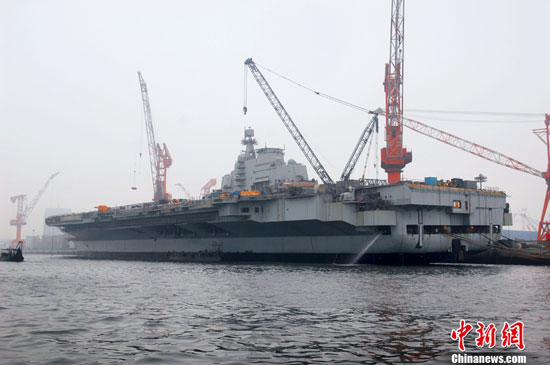 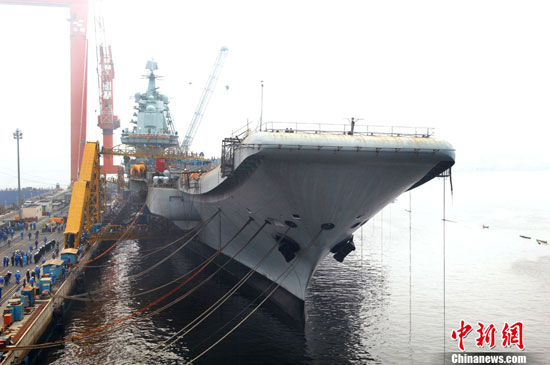 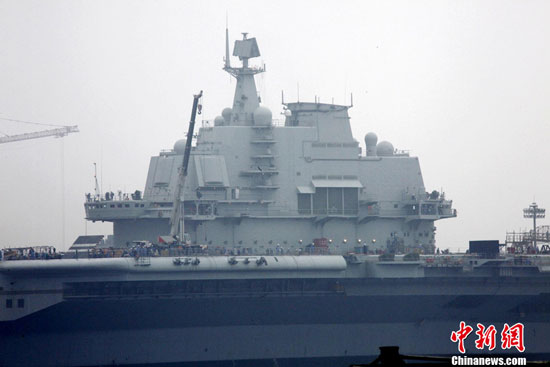 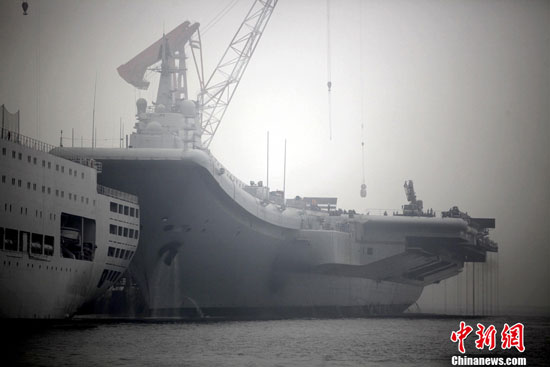