Leading Buddhist monks from around the world gathered in Changzhou, China, on April 30 to inaugurate the world’s tallest pagoda. Image and story via ChinaDaily. 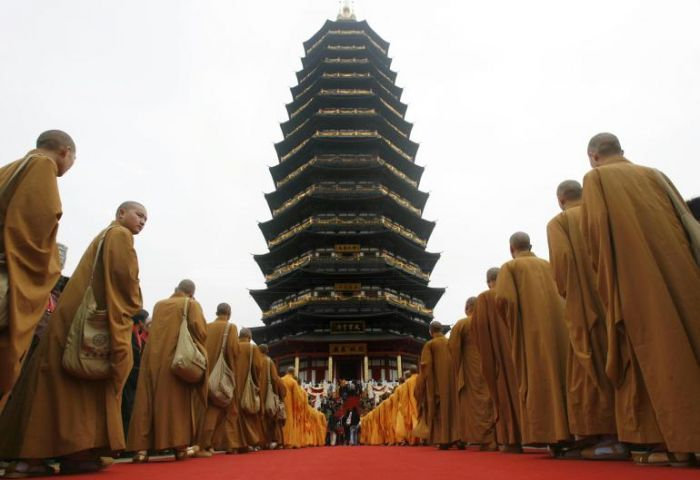 The Tianning Pagoda has 13 storeys and a height of 153.79 metres. It’s part of the Tianning Temple which dates back to the Tang Dynasty (618–907). The design of the pagoda also mimics architecture from that era. It took five years and US$38.5 million to build the pagoda.

There’s no official record for the world’s tallest pagoda, so it’s a self-proclaimed thing. There’s not many giant pagodas around the globe though, and no one seems to dispute about the feat. The previous tallest pagoda is (unofficially) the Shwedagon Zedi Daw [wiki] in Burma which is 99 metres tall.