A total of 1202 bikini-clad ladies in China have broken the world record for the highest number of women attending a swimsuit photo shoot. 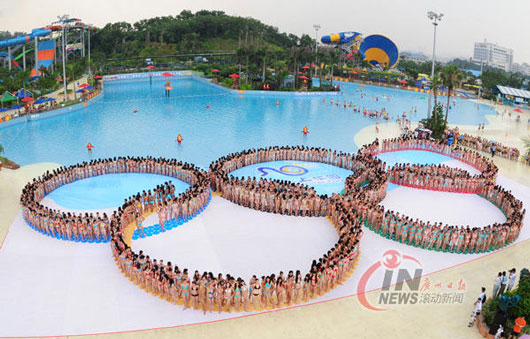 The girls broke the record at a waterpark in Guangzhou by resembling the shape of the Olympic emblem in celebration of the 2008 Beijing Olympic Games.

The previous record was set at Bondi Beach in Australia with 1010 participants. 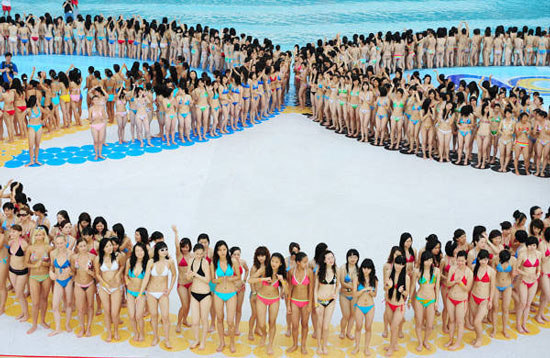 [Update] The record is broken yet again in May 2010 by the Chinese.