A rich dude in China’s Qingdao City smashed his US$500,000 (including tax) Lamborghini Gallardo sport car in front of dozens of spectators, including some invited press, following series of unresolved disputes with the car dealer. 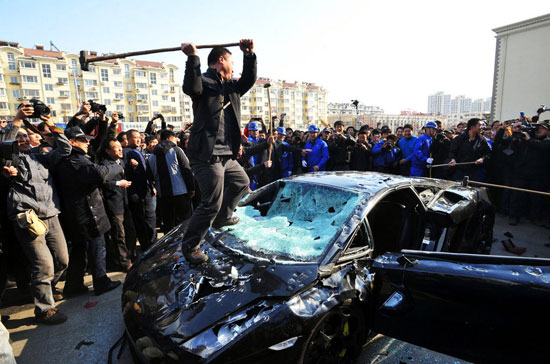 It’s claimed that the car dealer sold him a faulty sport car and couldn’t fix the problem and refused to take up responsibility, thus he’s smashing the car on the World Consumer Rights Day (March 15) to show his strong dissatisfaction.

Lamborghini China responded that they have never given up on fixing the car and expressed their regrets for the inconvenience cause and the smashing of the car.