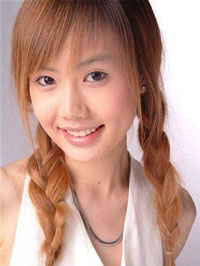 The news of a fatal plastic surgery in China has caught public attention recently. 24-year-old Wang Bei, known for her participation in a popular singing contest a few years ago, died in a supposedly routine facial surgery procedure on November 15.

It’s reported that the surgeon accidentally cut a vessel near her jaw, and blood got into her respiratory system, which resulted in suffocation. Not sure if the case is under investigation or not; early reports suggested that Wang’s family might not want to make this into a legal issue.

The news caused plenty of debates on the necessity/safety of plastic surgery and social discrimination/expectation etc. Bottom line is, there’s always risk when a person is going under the knife; and some of the procedures might not be as safe as what some plastic surgeons are claiming.

Regardless, the news will be forgotten after a short period of time. Plastic surgery has became a trend these days, and China is one of the fastest booming markets for the industry… a couple of deaths won’t stop the public urge to become prettier by artificial means. Kinda sad actually. Rest in peace, Wang Bei.

This will be the final year of my 30's. Time flies, and it seems to fade faster as one gets older. This post is a bit of recap of my adult life and some future … END_OF_DOCUMENT_TOKEN_TO_BE_REPLACED

Trailer for American film Top Gun: Maverick, a sequel to 1986's Top Gun. Beautiful is not the usual word to associate with action movies, but I cannot find a better … END_OF_DOCUMENT_TOKEN_TO_BE_REPLACED

Malaysia will be in lockdown from March 18 to March 31, 2020, to deal with the Covid-19 situation. Officially it's a Movement Control Order (MCO) but it's … END_OF_DOCUMENT_TOKEN_TO_BE_REPLACED

Korean pop idol Sulli, former member of girl group f(x), was found dead at her home on Monday. Authorities are investigating the cause of death, and it's presumed … END_OF_DOCUMENT_TOKEN_TO_BE_REPLACED

Singapore has imposed the circuit breaker measures to curb the spread of Covid-19 since early April. They announced an extension (until June 1) and some new rules a … END_OF_DOCUMENT_TOKEN_TO_BE_REPLACED

A cute photo series amidst the Covid-19 lockdown in Malaysia. Armed forces are present to assist the police to enforce the Movement Control Order (MCO) across the … END_OF_DOCUMENT_TOKEN_TO_BE_REPLACED