Jin Shunzi, a 36-year-old woman in Hunchun City of China’s northeast Jilin Province, has a super long hair of 2.2 metres. 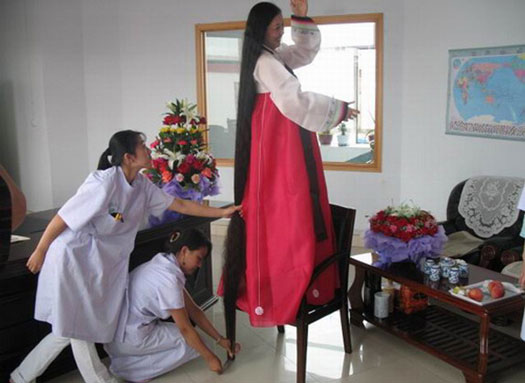 The 1.63-metre-tall woman, of Korean ethnic group, has never had a single hair cut since she was 18. She said the long hair at times made her life inconvenient, for she usually spends at least 40 minutes washing her hair and over 10 minutes brushing it… but she has no plan to cut it.

Jin’s long hair is far from being the world’s longest though. According to Guinness World Records, the longest hair belongs to Xie Qiuping, a Chinese woman from Guangxi, China. Her hair was recorded as 5.627m long in May 2004.