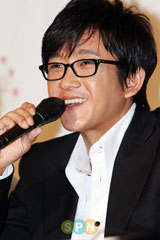 I’m feeling terribly sorry for the mother who lost two kids to the tragic cause in such short span, and I’m also sad for the two children of Choi Jin-shil who were taken care of by their uncle after their mother’s death.

It’s revealed that Choi Jin-young had been battling depression and sunk into a prolonged spell following his sister’s death [via Dramabeans].

While strongly against suicide, I’m understanding a bit more about depression these days, and it’s something that need to be dealt with seriously. The Korean society need to be more alert on the issue, take active steps to help those who are depressed, and fight against the high suicide rates.

Rest in peace Choi Jin-young. Condolences to his family and friends.