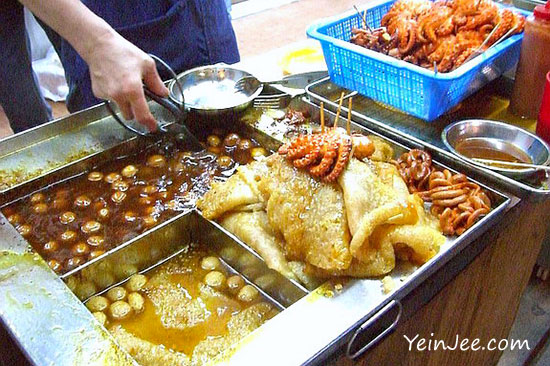 Temple Street got its name from a temple at the middle of the street. It’s a famous night market, popular for relatively cheap stuff and bargain hunting. It’s also famous for its large numbers of fortune tellers (pic) and snake restaurants. 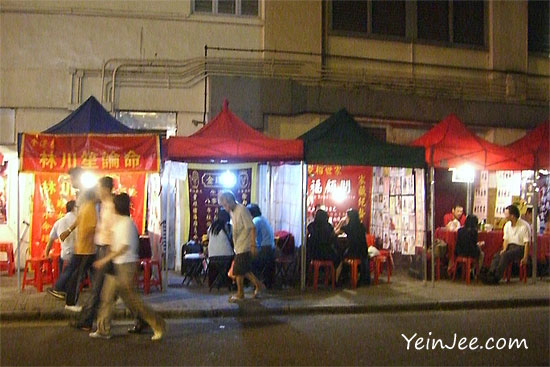 Besides, there’s also plenty of eateries at Temple Street. We found this stall selling curry-fish-ball (and some other titbits) at the north end of the street… 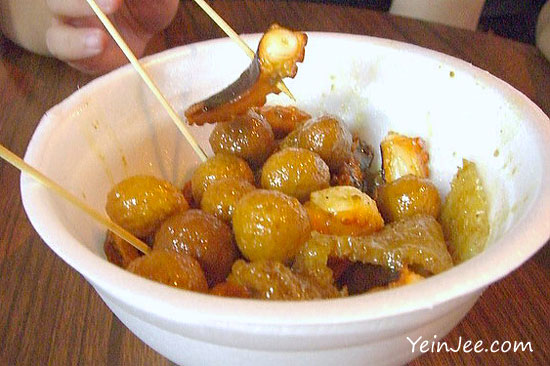 Curry fish ball used to be a common street food in Hong Kong. We used to see this on TV where people were selling it on street with a food cart; but like many other street foods, most of them are now required to do their business in food courts or shop houses, and many of them has ended their business instead.

We ordered a bit of everything… fish balls, meat balls, octopus and pork skin. Their curry was a bit sweet, it was like mixing curry with ketchup and a bit or chilli-oil. Simple yet delicious stuff, and pretty cheap (~HK$40).