The Gate Tower Building, commonly known as Bee Hive, is an office building in Osaka, Japan, famous for having a highway passing through the 5th-7th floor of the building. 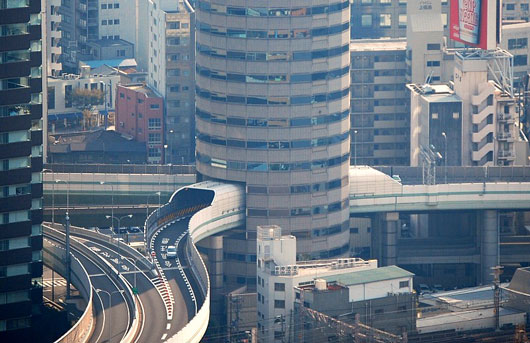 According to the Japanese wiki… the story could date back to 1983 when the old structure at the location had to be reconstructed due to its old age, but the city planner had decided to acquire the land to build a highway instead.

Not sure who initiated the idea, but after five years of negotiation, the land owner and involved parties reached an agreement that the highway would be constructed through the new 16-storey office building as it is now.