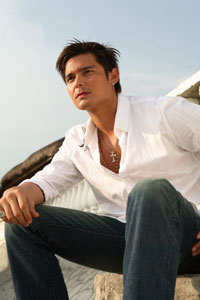 English football star David Beckham tops the list, while the sexiest Asian title (3rd overall) goes to Dingdong Dantes (pic) from the Philippines. Bollywood actor John Abraham is another Asian celebrity who made the list (10th).

This list is a bit unique as the chosen celebs covered a wide range of nationalities/ethnicities as compared to most other sexiest/hottest lists dominated by Hollywood stars. Arguable… but nice try.

Here are the top 25 sexiest men of the world according to E!…

Thanks to reader James for the revision and update.