American actress Emma Roberts looks gorgeous as the cover girl for January 2016 issue of Allure Magazine [US]. She’s a spokesmodel for lingerie brand aerie; not sure if it’s featured in this photo shoot but seems like it. 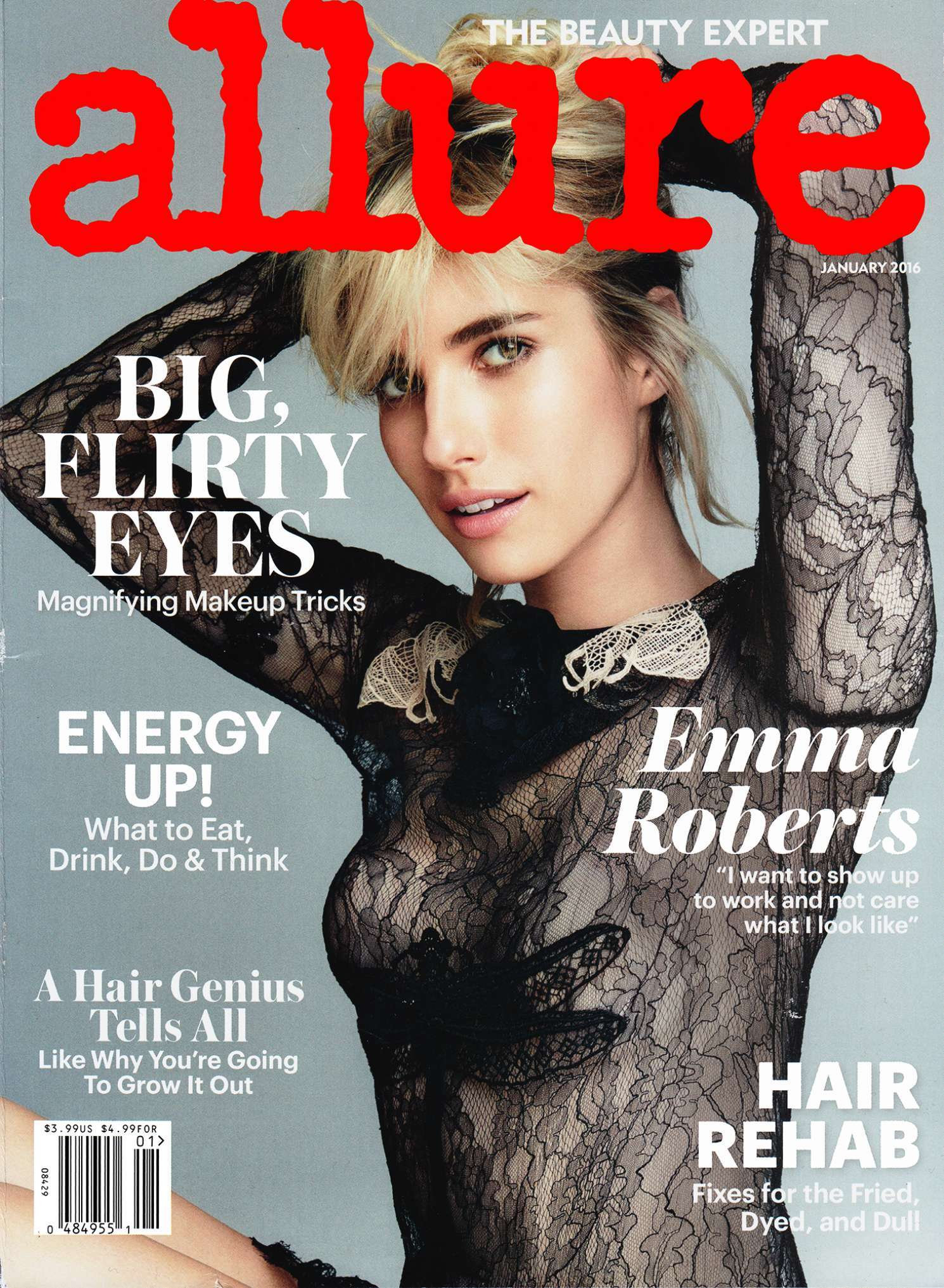 I know nothing much about her to be frank. A quick browse on Wikipedia shows that the 24-year-old has starred in quite a number of films since she was a kid but I’ve seen none of those. It’s mostly in teen and horror genres which is not my cup of tea (at least not in recent years).