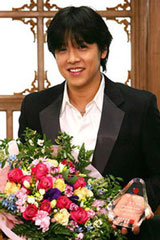 The family house of Korean pop star Ryu Shi-won is becoming a tourist spot, according to KBS news. A Japanese travel agency has introduced a package in liaison with the star which includes a visit to his family house in Andong, North Gyeongsang Province.

Tourists can see beautiful sceneries and experience traditional Korean culture during the tour. Ryu’s fans should be particularly enjoying it as Ryu’s mother will cook them Korean dishes and tell stories from his childhood.

Ryu Shi-won is one of the most popular Korean stars in Japan, although his popularity in Korea has somewhat faded since he focuses so much on his Japanese career these days.