490 Ferrari sport cars have set a new Guinness World Record at the Fuji Speedway in Shizuoka, Japan, on May 11, for the largest parade of Ferrari cars. 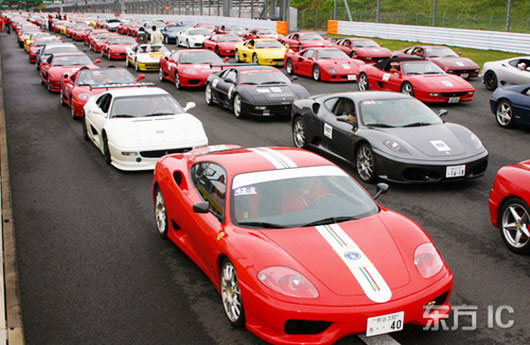 The Italian cars were required to parade for two miles while keeping the distance between each car for no more than two car-lengths apart to set the record.