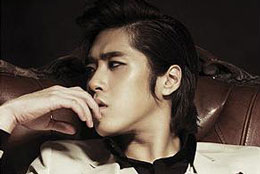 The news came as another shock for the Koreans – just a few days after the suicide-death of a TV announcer.

SG Wannabe was one of Korea’s most popular pop groups before Chae decided to part way to pursue his solo career in 2008. The reformed SG Wannabe ain’t as popular as it used to be; and Chae’s solo plan was hardly a success unfortunately.

The exact reason for his suicide is still unknown. It’s revealed (by his agent) that he had a depression record when he was still in SG Wannabe. Regardless, RIP.