Manggong Cake (盲公饼 – literally blind-man biscuit) is a speciality of Foshan city in Guangdong province, China. It’s a traditional biscuit (despite officially named as cake) made of ground nuts and sesame seeds, first created in 1800 by a blind fortune teller… hence the name. 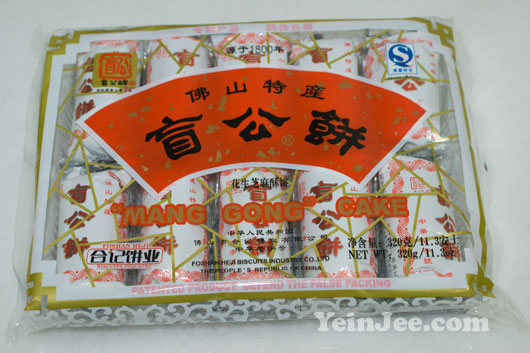 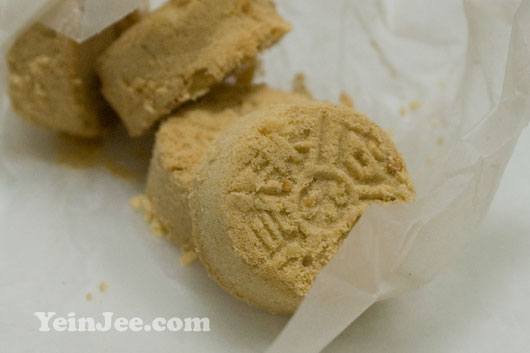 The Manggong Cake is a popular souvenir for foreigners who visit Foshan or Guangdong… and the most well known brand is Heji (pic above). Not the tastiest biscuit I’ve had to be frank, but we got to appreciate a traditional recipe that has existed for over two centuries.