Korean stars Go Soo and Son Ye-jin posed for November issue of Cosmopolitan [Kr] magazine. The duo is starring in Into the White Night which is screening next month. The film is Go Soo’s first movie since his enlistment in 2006; the hype is further sparkled with news that Son Ye-jin is going nude for the love scene. 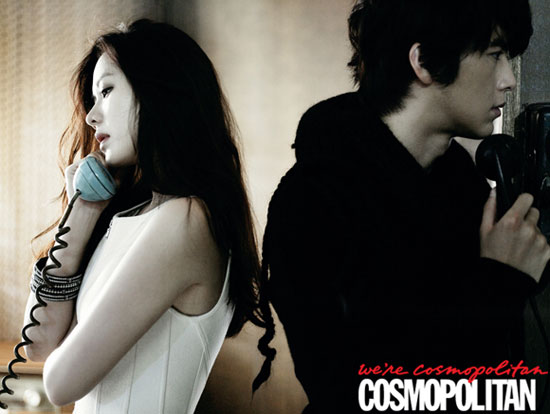 White Night is based on a Japanese novel by Higashino Keigo, about a teenager who killed his father to protect his lover, and the girl in return killed her abusive mother who witnessed the crime to protect him.

The couple has to live separately in public to eliminate their suspicion while waiting for the end of the statute of limitations (case closed forever) when they could be together openly without worrying their dark past… but a detective is not about to give in as the deadline approaches; and the deadly romance got a bit complicated as well.