A giant sinkhole appeared in Guatemala City on May 30… 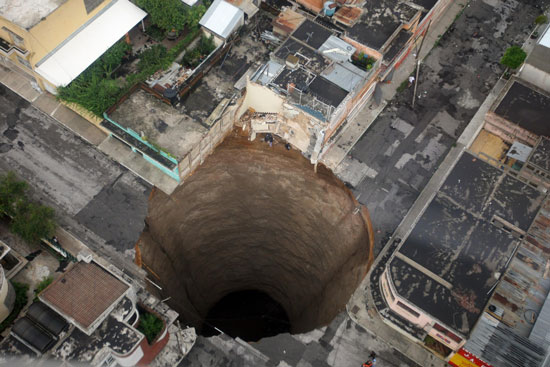 A sinkhole is a natural depression in the surface topography caused by the removal of soil or bedrock, often both, by water [via wiki]. And it seems like Guatemala’s topography is particularly prone to the phenomenon in extremity.

[Update] Check out a short video showing the forming process of a giant sinkhole.

The crater is linked with the Tropical Storm Agatha which hit Central America. Guatemala was hit hardest with 90+ deaths. 100,000+ have been evacuated and many are living in temporary shelters. The president has called for help from international communities. Check your local news to see how you can help.