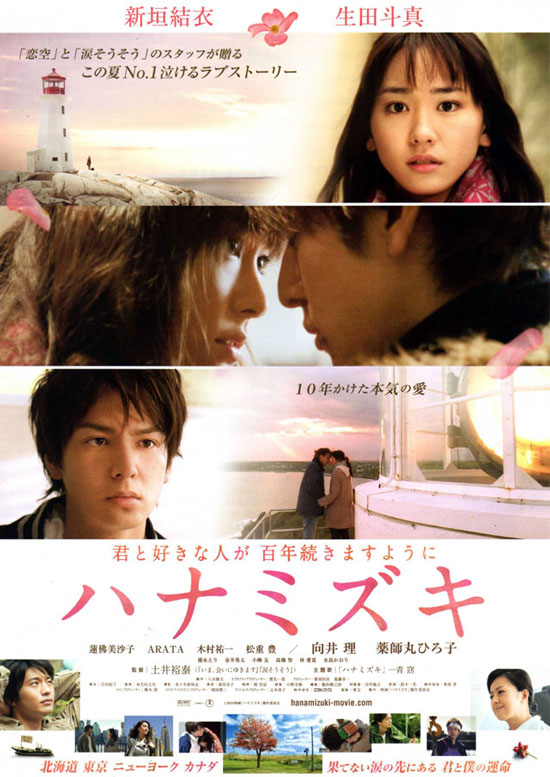 Hanamizuki (means dogwood tree) tells the story of Sae (Arakagi) and Kohei (Ikuta), high school lovers who face the hardship of adulthood when both of them are walking on different career paths while trying to keep their distant relationship intact. And the situation gets complicated with the involvement of a third party.

The film is based on the lyrics from a same title song by Yo Hitoto, which predictably is also used as the movie theme song (re-recorded by Aragaki).