Hoan Kiem Lake (Hồ Hoàn Kiếm), or Lake of Returned/Restored Sword, is located at the historical centre of Hanoi and is a popular hangout place for locals. The lake is not so much of a tourist spot itself, but there’s plenty of other sites around the area, thus making it an important landmark of the city. 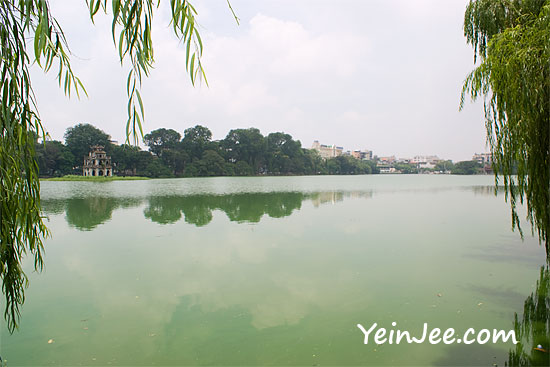 Legend is that Emperor Lê Thái Tổ (in 15th century) received a magical sword from a divine golden turtle (Kim Gui) which he used to rebel against Chinese occupation. The emperor later returned the sword to the divine turtle in the lake after liberating the country, and that’s how the lake got its name… the Lake of Returned Sword.

The Hoan Kiem Turtle was thought to be pure legendary until some sightings in the last century. It’s general believed though, that the giant turtle is near extinction with only one or just a few left in the lake. 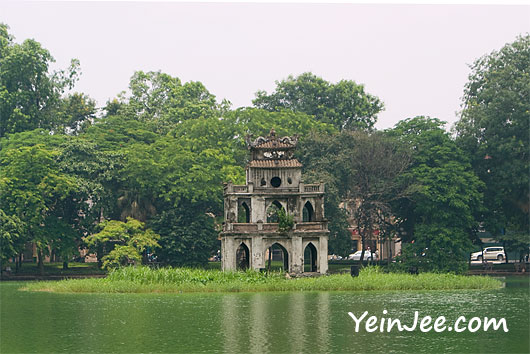 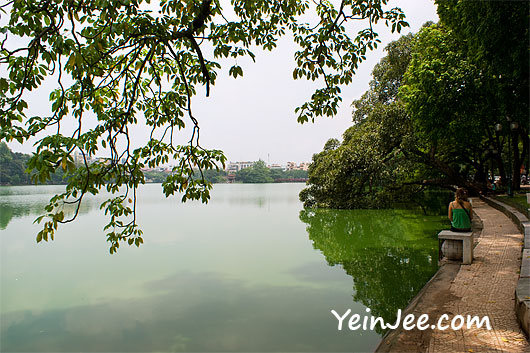 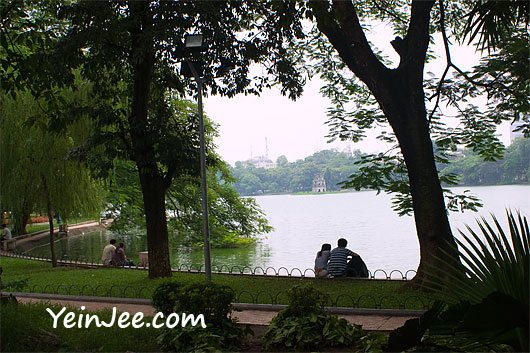