Our visit at Hong Kong Disneyland. It happened to be Halloween season, and the resort had featured plenty of Halloween settings alongside its “traditional” stuff. 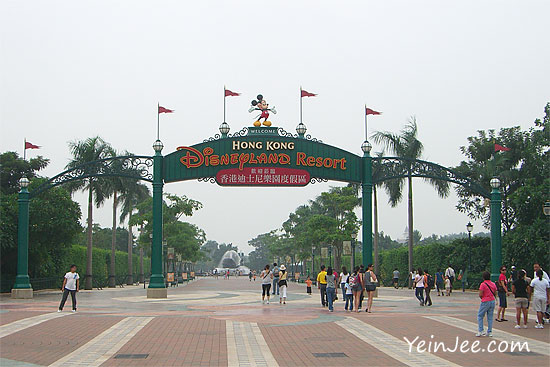 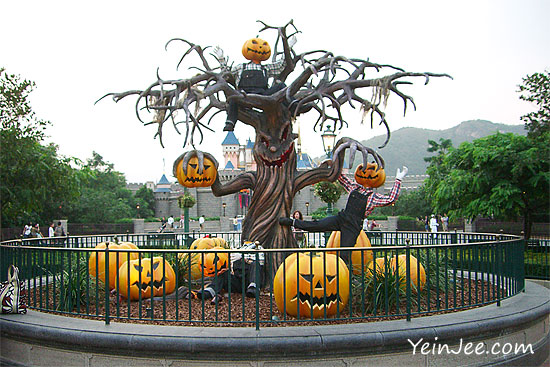 We went straight to the Fantasyland – which is at the other end from the entrance – to take pictures with the cartoon characters. The queue could become pretty long if the crowd started to pour in, it should be a good idea to skip other stuff at first and head to Fantasyland ASAP for photo shooting. 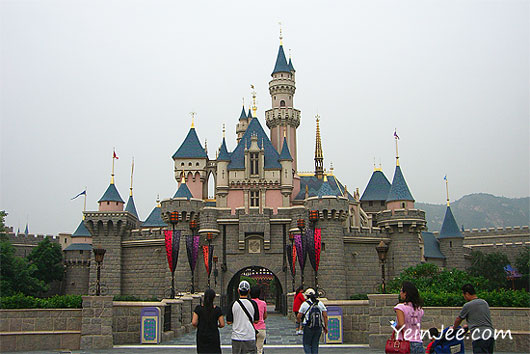 The Sleeping Beauty Castle, entrance to the Fantasyland 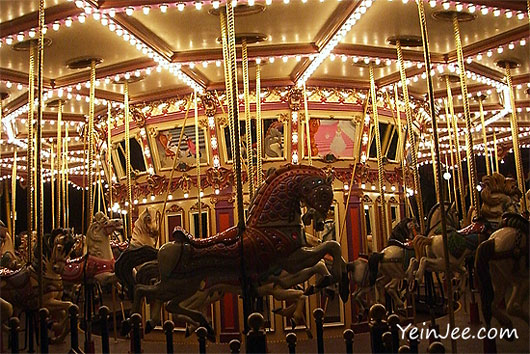 Merry-go-round at Fantasyland (at night time)

There are some (short) musical shows that are worth watching in Disneyland. We went to The Golden Mickeys and Festival of the Lion King; both were great.

Golden Mickeys was a show mimicking the Oscar awards, which featured various cartoon characters and stories, e.g. The Little Mermaid, Beauty and the Beast, Mulan, Lilo and Stitch, and also the iconic Mickey, Minnie, Donald etc.; while Festival of the Lion King was based on 1994 animated movie, The Lion King. 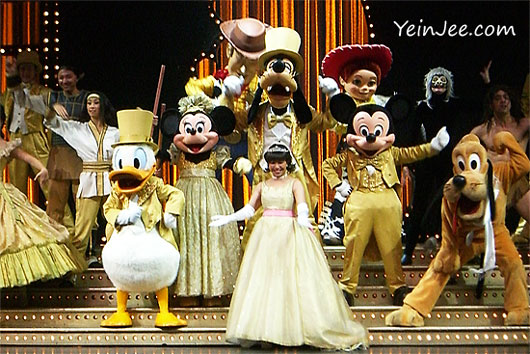 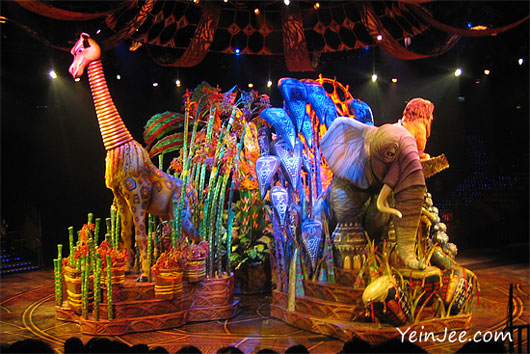 The Golden Mickeys and Festival of the Lion King

Other attractions include The Jungle Cruise, Tomorrowland, Disney on Parade (with a Halloween theme at night), and also firework show at the end of the day. 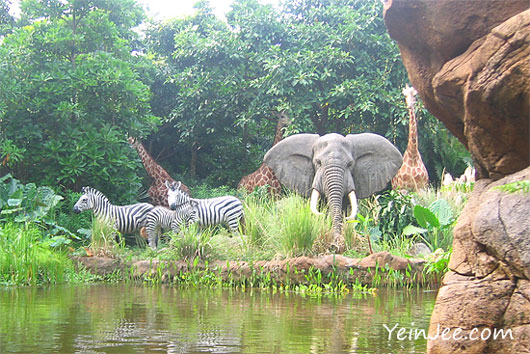 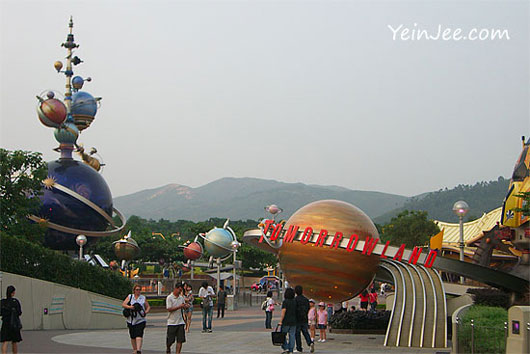 Tomorrowland, which we didn’t spend much time with 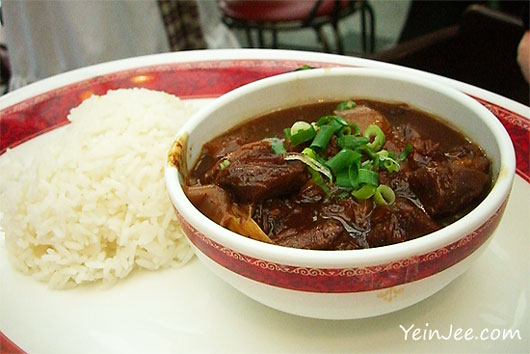 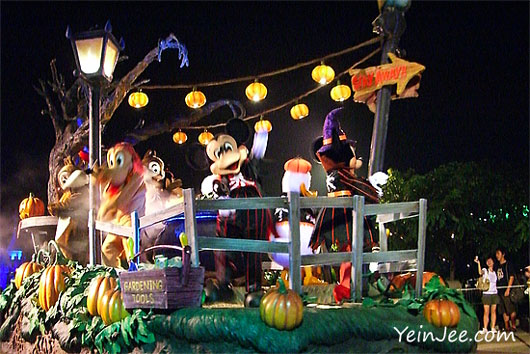