Hue Food is a restaurant that sells Hue cuisine in Hanoi, Vietnam. The restaurant is located at 6, Lý Thường Kiệt Street; found this via a local newspaper’s food column during my Hanoi visit in July 2008.

Hue is a historic city in central Vietnam and was the imperial capital of Nguyễn Dynasty (1802-1945). Vietnamese food in general can be divided into three categories… the northern food, southern food and central food (which is often referred as Hue food).

One of the distinctive difference between Hue food and other Vietnamese food is the popularity of roundish vermicelli (bún) instead of the flat rice noodle (phở) in other Vietnamese region. Hue food also tends to be a bit spicier, but still mild in relative to Malaysian or Indian food.

There is a popular Hue dish called the bún bò Huế (Hue beef soup noodle), but I am not quite sure if the noodle soup I had at the restaurant was what I hope it was… 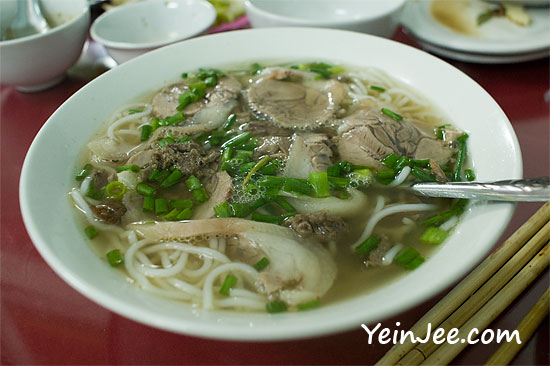 Ordered a few other stuff besides the rice-noodle… some beef, crunchy tofu and grilled meat on bamboo sticks. Decent food quality; nothing that wowed me, but it’s nice, and reasonably priced. Love the beef, which looks dry but quite juicy and tasty. 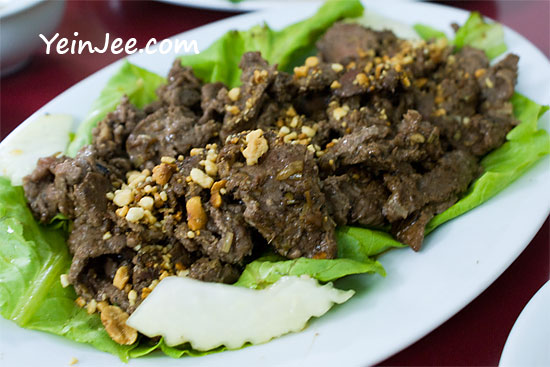 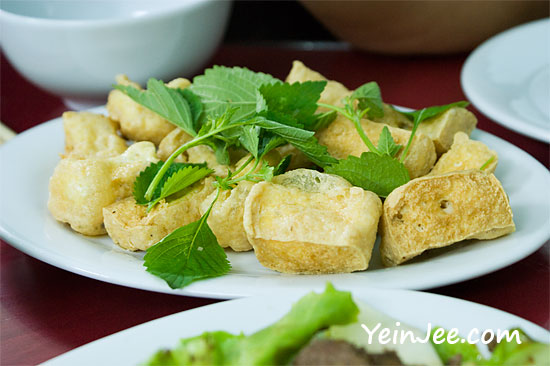 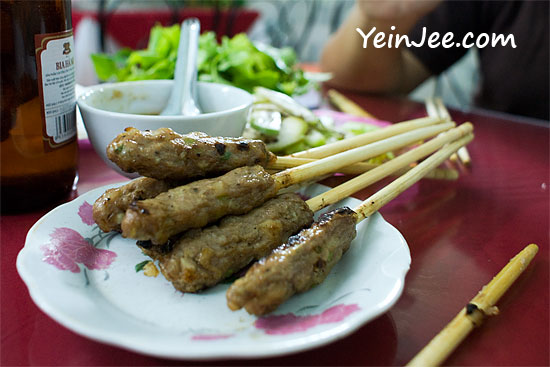