Chinese starlet Isabella Leong is retaliating against her agency, the Emperor Entertainment Group (EEG), by suing the company for unfair contract terms. 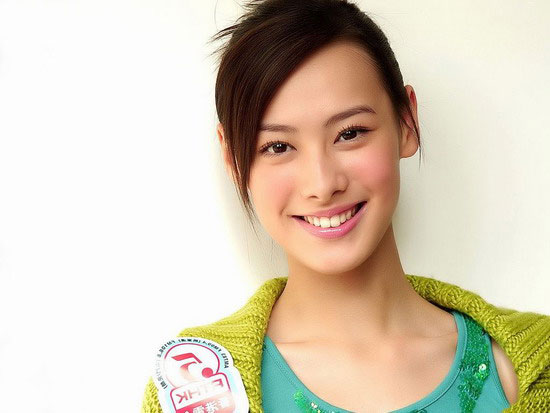 EEG has earlier filed a lawsuit (April 3) against Isabella for breach of contract. The 19-year-old starlet has been missing in action since late March after her rumoured relationship with Hong Kong billionaire Richard Li was exposed.

It’s reported that Richard wants to cancel Isabella’s contract with EEG and form an entertainment agency of his own, with Isabella as the core. Although it’s unconfirmed news, the disappearing-act of Isabella has prompted EEG to file the lawsuit.

Isabella signed a 10-year long contract with EEG when she was just 12. She claims that she was too young, and her mother was not English literate to understand the terms when the contract was signed.

Most of the public opinions are not in favour of Isabella though… lots of people are criticising her way of handling the matter, for choosing to hide herself instead of negotiating with the company directly. If Isabella could handle the situation with a bit more maturity, the public would probably be on her side.

Besides, her relationship with 42-year-old Richard Lee is not winning the heart of her fans and critics. It’s generally believed that Richard is behind Isabella’s decision, and that he is providing her the legal team to deal with the lawsuits.

I’ll leave it to the court to decide who’s right or wrong on legal terms. Exploitation or not, it doesn’t hide the fact that EEG does make Isabella one of the most popular young Asian stars at the moment.

Isabella could extend her fame to the west by making her Hollywood debut in August 2008 with “The Mummy: Tomb of the Dragon Emperor”. I guess she won’t be thanking her agency for getting the role.

This will be the final year of my 30's. Time flies, and it seems to fade faster as one gets older. This post is a bit of recap of my adult life and some future … END_OF_DOCUMENT_TOKEN_TO_BE_REPLACED

Trailer for American film Top Gun: Maverick, a sequel to 1986's Top Gun. Beautiful is not the usual word to associate with action movies, but I cannot find a better … END_OF_DOCUMENT_TOKEN_TO_BE_REPLACED

Malaysia will be in lockdown from March 18 to March 31, 2020, to deal with the Covid-19 situation. Officially it's a Movement Control Order (MCO) but it's … END_OF_DOCUMENT_TOKEN_TO_BE_REPLACED

Korean pop idol Sulli, former member of girl group f(x), was found dead at her home on Monday. Authorities are investigating the cause of death, and it's presumed … END_OF_DOCUMENT_TOKEN_TO_BE_REPLACED

Singapore has imposed the circuit breaker measures to curb the spread of Covid-19 since early April. They announced an extension (until June 1) and some new rules a … END_OF_DOCUMENT_TOKEN_TO_BE_REPLACED

A cute photo series amidst the Covid-19 lockdown in Malaysia. Armed forces are present to assist the police to enforce the Movement Control Order (MCO) across the … END_OF_DOCUMENT_TOKEN_TO_BE_REPLACED