International Chinese star Jackie Chan is going to hold a charity concert at Beijing National Stadium, the main Beijing Olympic venue which is popularly known as the Bird’s Nest. 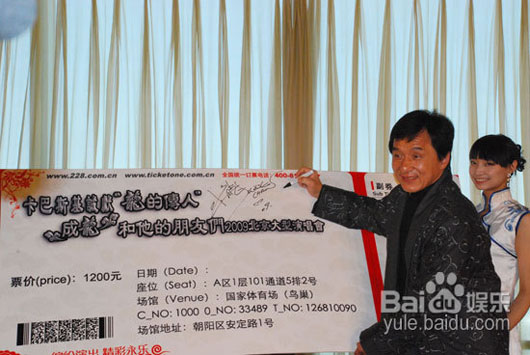 Jackie Chan at the press conference (Image from Baidu (Cn))

Jackie and the concert promoter held a press conference on April 1st to announce the news; the concert is scheduled to run on May 1st and would be the first major non-sport event to be held at the stadium.

Themed as “Descendant of the Dragon: Jackie Chan and Friends”, it’s expected that a few big names will be invited for the concert, with Jackie Chan taking the lead.