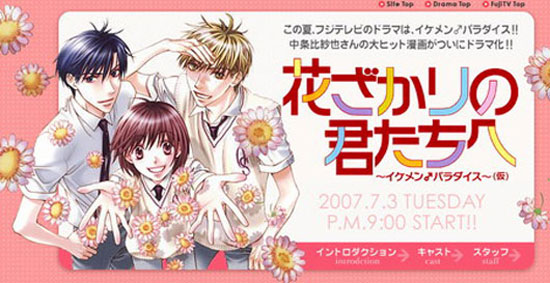 Hana Kimi is about a girl who fell in love and decided to transfer into the same school to meet her dream guy. Problem is, the guy is attending an all-boys high school, and the girl will have to disguise as a boy to meet her Mr Right.

The manga was first adapted by the Taiwanese, starring Ella Chen, Wu Chun and Jiro Wang. The drama was a huge hit and prompted Fuji TV to produce the Japanese version, which will star Maki Horikita, Shun Oguri and Toma Ikuta etc.