A Japanese man has started an online petition to urge the government to legalise marriage with a two-dimensional (e.g. anime and comic) character. Over 2400 people have signed the plea so far. 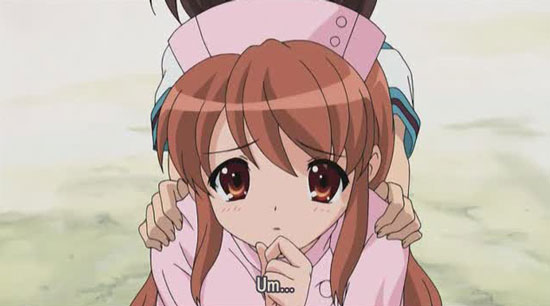 Asahina is in trouble

The fella states that he is no longer interested with the real world and wants to become an inhabitant of a two-dimensional universe instead.

He reckons that it’s impossible to achieve his dream with present day technology; and hence seek for the possibility to legalise marriage with a 2D character instead.

It’s my personal belief that a person should have the freedom to do anything as long as it does no harm to other people and the society. It’s his right to seek happiness even if it’s weird.