Magazine covers of Jeremy Lin, the NBA player who is making headlines from USA to the Asia Pacific. 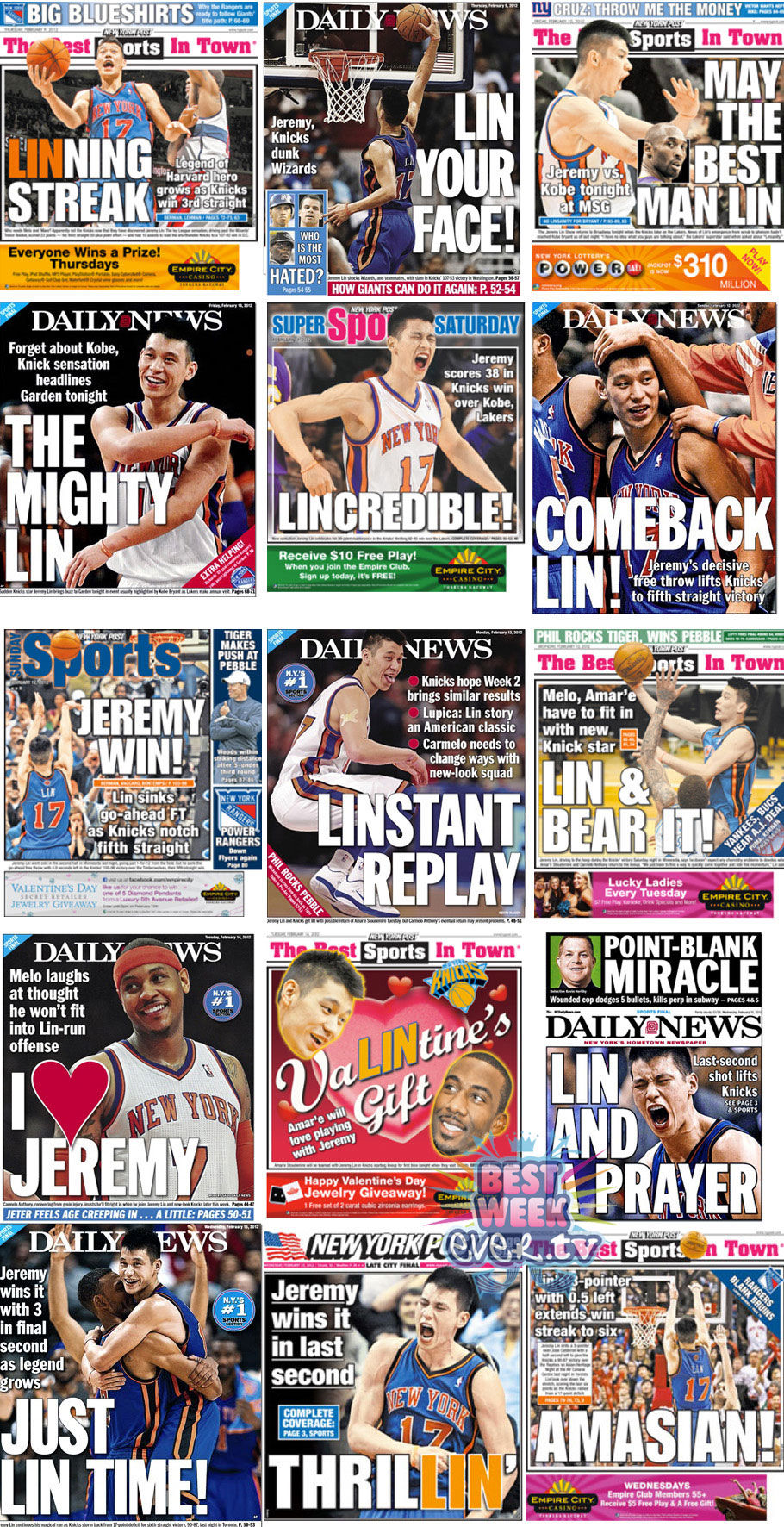 The Taiwanese American led the resurgence of New York Knicks with series of fine plays in recent weeks.

Contrary to popular belief, he is not the first Asian American NBA player. That role belongs to Wataru Misaka [wiki] who played a few games for the Knicks in 1947-48. Misaka is also the first non Caucasian player in the NBA, known as the Basketball Association of America (BAA) back then.

To be frank, Jeremy plays well but I wonder if he would make as many headlines if he is not Asian. Nothing wrong with that though, people love stereotype breakers and he does perform well. Hope that he can continue his good form and show that he is a real deal and not a fad.