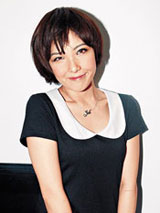 Japanese authorities have officially charged Hong Kong based artist Jill Vidal for illegal possession of drugs. She will face her first court hearing in Japan on April 24.

Vidal and her singer-boyfriend Kelvin Kwan were arrested in Tokyo on February 24 over allegations of marijuana possession. The cops later found more banned substance, believed to be heroine, from Vidal’s hotel luggage.

Kwan was released without charge after 32 days in jail, while Vidal has to face the court because having heroine is more severe than marijuana.

Japan are very serious with drugs. Travellers are advice to carry their prescription if they are bringing drugs for medical use. Recreation drugs are simply no-no.

Although offenders can be punished severely (up to a few years in jail), suspended sentence were given in most cases. It’s actually lenient compared to some other Asian countries which carry out death penalty for serious drug offences.

There are speculations that the couple co-owned the heroin, but the lady bailed her man out instead. Just a rumour, I don’t want to get into trouble with this.

The biggest irony of all though, is that both of them were ambassadors for anti-drug campaigns in Hong Kong. It’s a slap on everyone’s face really.

[Update] Vidal admitted to the charges. The court sentenced her to two years’ imprisonment, suspended for three years. It means she doesn’t have to serve prison time if she stays crime free in Japan for three years.

This also means that she’s technically out-of-jail as she’s deported back to Hong Kong after the sentence and not allowed to enter Japan for the next five years.

This will be the final year of my 30's. Time flies, and it seems to fade faster as one gets older. This post is a bit of recap of my adult life and some future … END_OF_DOCUMENT_TOKEN_TO_BE_REPLACED

Trailer for American film Top Gun: Maverick, a sequel to 1986's Top Gun. Beautiful is not the usual word to associate with action movies, but I cannot find a better … END_OF_DOCUMENT_TOKEN_TO_BE_REPLACED

Malaysia will be in lockdown from March 18 to March 31, 2020, to deal with the Covid-19 situation. Officially it's a Movement Control Order (MCO) but it's … END_OF_DOCUMENT_TOKEN_TO_BE_REPLACED

Korean pop idol Sulli, former member of girl group f(x), was found dead at her home on Monday. Authorities are investigating the cause of death, and it's presumed … END_OF_DOCUMENT_TOKEN_TO_BE_REPLACED

Singapore has imposed the circuit breaker measures to curb the spread of Covid-19 since early April. They announced an extension (until June 1) and some new rules a … END_OF_DOCUMENT_TOKEN_TO_BE_REPLACED

A cute photo series amidst the Covid-19 lockdown in Malaysia. Armed forces are present to assist the police to enforce the Movement Control Order (MCO) across the … END_OF_DOCUMENT_TOKEN_TO_BE_REPLACED