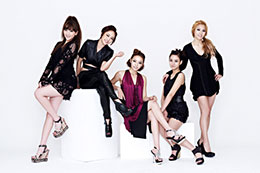 Korean girl group KARA will resume their activity as a five-member team after resolving some contract disputes with their agency.

A trio of the members filed a lawsuit against their agency, DSP Media, in January 2011 to terminate their exclusive contract, stating that they had lost mutual trust with the company. The group has halted their group activity in South Korea since.

It’s said that the girls have agreed to drop the lawsuit with no string attached after clearing all the “misunderstanding” with DSP. The quintet will work on their next Korean single/album, which is expected to be released in June or July.