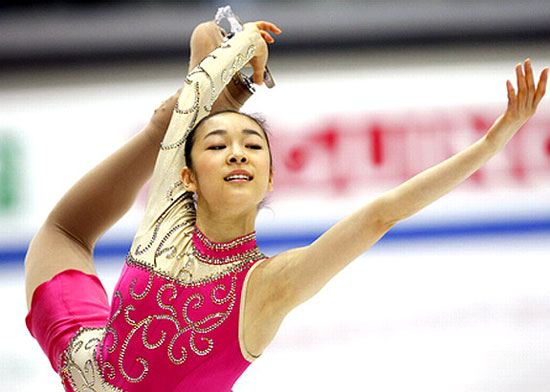 The 17-year-old student successfully defended the title on Saturday (Dec 15) in Turin, Italy, holding off same-age Japanese rival Mao Asada who had to content with a silver medal for two years in a roll behind Kim.

The Grand Prix final pits the six skaters with the best performance in the previous six rounds of the series. Kim is only the third skater to win the title twice in a row, after Irina Slutskaya of Russia and Tara Lipinski of the US.