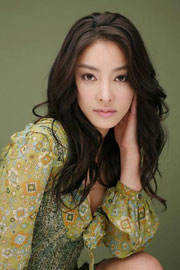 South Koreans are shaken by another suicide scandal following the death of actress Jang Ja-yun (pic)… and this latest case might be darker than ever.

Koreans were shocked by numerous celebrity suicide incidents in 2008, including the death of Ahn Jae-hwan, Choi Jin-shil and a few lesser known artists.

The unfortunate trend seems to continue in 2009 with the death of Jang on March 7th, while trot singer Lee Chang-young was also found dead in an apparent suicide on March 12th.

Jang was initially ruled to have ended her life because of stress, but the situation took a sudden twist following revelation from Jang’s ex-manager, Yoo, that her suicide was a conspiracy.

Yoo said that Jang had requested him (on Feb 28) to hand over a seven-page document to her family should anything happen to her; and the document hinted that Jang (and some other female artists) might have been physically and sexually abused by prominent figures in the entertainment industry.

The revelation has caused uproar in the Korean public, and Yoo himself is said to have attempted suicide on March 14th because of the immense pressure. The police is now investigating into the claims, hope that justice could be served. Rest in peace.

[Update] Police are seriously investigating the scandal. CEO of Jang’s former agency has been arrested.

This will be the final year of my 30's. Time flies, and it seems to fade faster as one gets older. This post is a bit of recap of my adult life and some future … END_OF_DOCUMENT_TOKEN_TO_BE_REPLACED

Trailer for American film Top Gun: Maverick, a sequel to 1986's Top Gun. Beautiful is not the usual word to associate with action movies, but I cannot find a better … END_OF_DOCUMENT_TOKEN_TO_BE_REPLACED

Malaysia will be in lockdown from March 18 to March 31, 2020, to deal with the Covid-19 situation. Officially it's a Movement Control Order (MCO) but it's … END_OF_DOCUMENT_TOKEN_TO_BE_REPLACED

Korean pop idol Sulli, former member of girl group f(x), was found dead at her home on Monday. Authorities are investigating the cause of death, and it's presumed … END_OF_DOCUMENT_TOKEN_TO_BE_REPLACED

Singapore has imposed the circuit breaker measures to curb the spread of Covid-19 since early April. They announced an extension (until June 1) and some new rules a … END_OF_DOCUMENT_TOKEN_TO_BE_REPLACED

A cute photo series amidst the Covid-19 lockdown in Malaysia. Armed forces are present to assist the police to enforce the Movement Control Order (MCO) across the … END_OF_DOCUMENT_TOKEN_TO_BE_REPLACED