Korean actress Choi Jin-shil was found dead in her home in Seocho, Seoul, early this morning (Oct 2). The 40-year-old star hung herself in her bathroom; her body was discovered by her mother at around 6.15am. 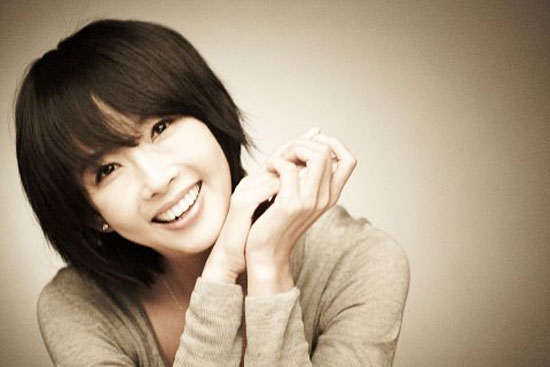 The police didn’t rule out foul-play initially because no suicide note was found, but it was later discovered that Choi did text a message around midnight to her close friend asking to take care of her two children if something bad happened… which hinted that it’s an apparent suicide. More on Coolsmurf…

Choi Jin-shil was one of Korea’s most popular actress in the 90s and was making a successful comeback in recent years. She made her acting debut in 1988 and starred in ~30 movies and dramas, including the popular Wish Upon a Star in 1997 which made her well known in other Asian countries as well.

Choi married professional baseball player Cho Sung-min in December 2000 and went into temporarily hiatus. The marriage didn’t last long though, and was officially ended in 2004 following an ugly and lengthy legal battle in which she won the custody of her two children (7-year-old son and 5-year-old daughter as of 2008).

Choi made her acting comeback in 2004/2005 with high rating dramas War of the Roses and My Rosy Life. Her last drama was My Last Scandal in early 2008, which was also highly rated with a sequel already in planning.

Despite her successful career revival, Choi’s mother told the cops that the actress had been suffering depression since her divorce and was under medication. It’s believe that the recent rumours of her involvement in actor Ahn Jae-hwan’s suicide death had probably triggered her own demise.

Choi was rumoured to have loaned a large sum to Ahn and pressured him to return the money when his business failed. Choi had denied the rumours, claiming that it was totally baseless and filed a police report; a suspect was arrested a few days ago while the case is still under investigation.

I am strongly against taking our own life regardless of the difficulties; but when it comes to Koreans, I am dumbfounded… I just can’t understand what is going on with the nation; suicide has become an apparent trend in the society.. and unfortunately it’s the family members that are going to suffer the most and not the deceased.

My condolences to her family. Rest in peace Choi Jin-shil.