Korean historical drama Dong Yi is set to premier next week on MBC, and there’s plenty of signs that this could be an epic drama series. 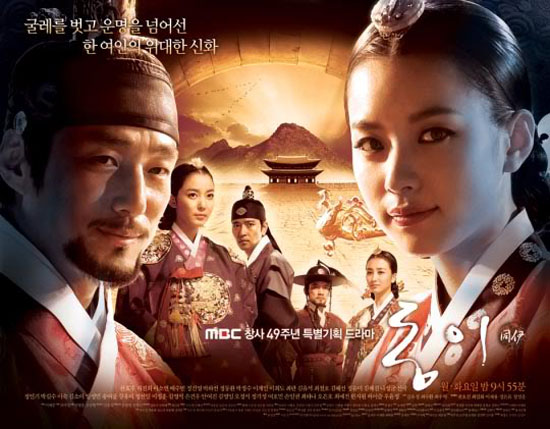 Dong Yi is directed by Lee Byung-hoon, director of Jewel In The Palace and Yi San, two hugely popular historical dramas. The drama already created plenty of buzz when it’s announced that Lee would be reuniting with Ji Jin-hee, the lead actor in Jewel.

And it gained more attention when it’s known that the heroin is going to be played by rising star Han Hyo-joo, her first leading role in a historical drama. And the co-stars include Lee So-yeon, Bae Soo-bin, Jung Jin-young and Park Ha-sun etc.

Dong Yi is about the story of a palace servant who became a royal concubine and mother to a king. It actually sounds similar to Yi San’s plot, but the production team should be able to work out something new for the drama.

[Update] Check out the drama trailer for Dong Yi.