Chuseok (추석 – Full Moon Harvest) is a Korean festival celebrated on the 15th day of the 8th month in lunar calendar (Sept 14 in 2008).

Chuseok is one of the two biggest holidays in Korea (the other is Seollal). It is considered the Korean equivalent of Thanksgiving and a time to honour ancestors with newly harvested grains and fruits.

As for Korean entertainment fans, it’s the season to see their favourite Korean celebs in traditional Hanbok wishing everyone a happy Chuseok. Sharing a few pics of some female pop groups; image via Newsen [Kr]. 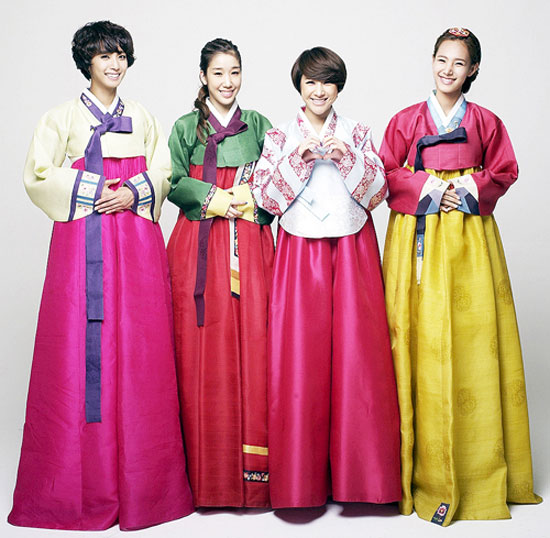 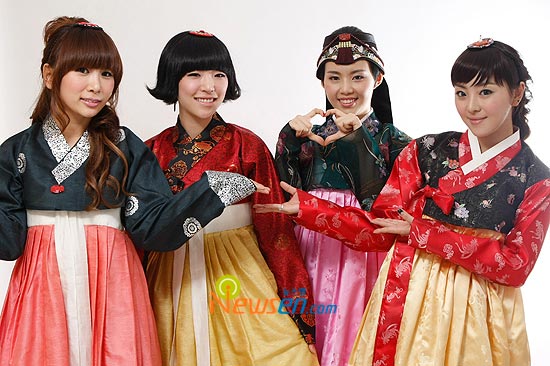 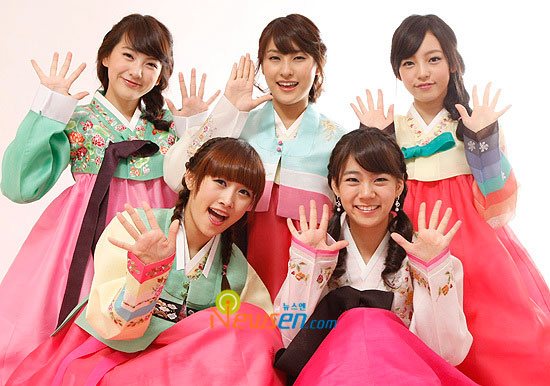 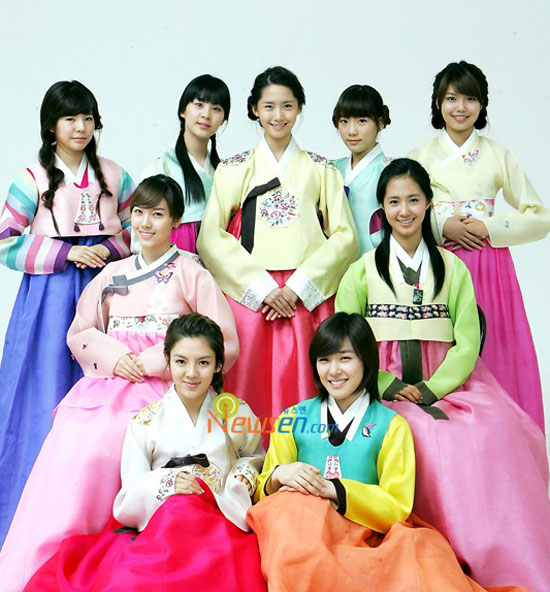 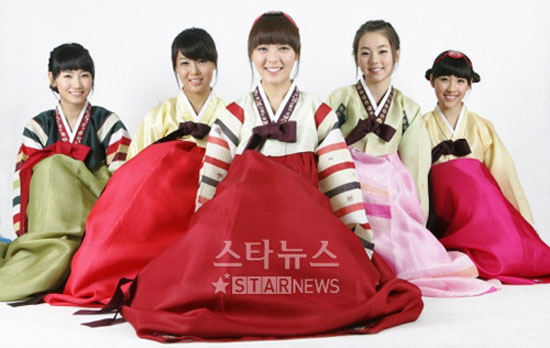